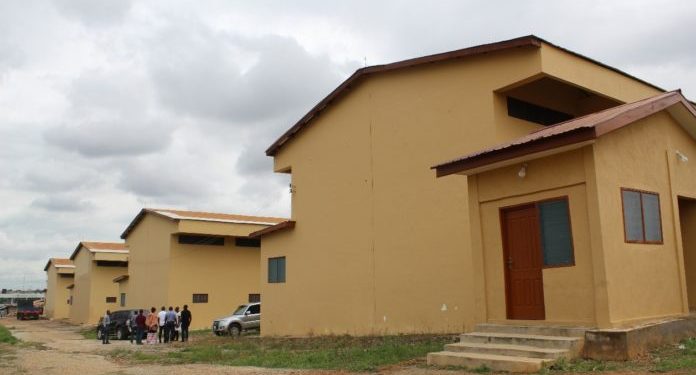 A four-warehouse project, rehabilitated at the cost of a little over GH₵3 million at Duase in the Manhyia North district of the Ashanti Region and just handed over to the state, has been classified as having several defects less than five months after completion.

The project, which was awarded to Messrs Seliwas Company Limited, in 2017, to be completed in five months, was originally estimated at a little over GH₵1 million but was revised to a little over GH₵3 million, being GH₵2 million difference.

Out of this total sum spent on the project, GH₵572,243 was a contribution disbursed from the Annual Budget Funding Amount (ABFA).

The expected date for the completion of the project was also revised from April 4, 2018, to May 4, 2018, however, according to officials at the facility the project was handed over in February 2019.

This notwithstanding, parts of the newly rehabilitated facility, handed over to the Ministry of Food and Agriculture (MoFA) for use, has already started showing signs of wear and tear.

Three of the four structures – including an office used by the Ghana Commodity Exchange for monitoring – leak heavily when it rains, while other parts have visible signs of cracks.

During the visit to the facility by members of the Public Interest and Accountability Committee (PIAC), it emerged that a number of reports had already been filed on the development. One of such memos reporting the issue stated that “immediate action needed to be taken before it becomes disastrous.”

However, authorities in charge of the facility appeared to have ignored this plea and persistent calls for attention to be given to the defects while the newly-rehabilitated facility deteriorate.

The current rate of the facility’s deterioration is feared could affect the work of the Ghana Commodity Exchange (GCX) and National Food Buffer Stock Company (NAFCO), which currently occupy parts of the facility.

NAFCO stocks variety of food items – including soya beans, rice, and maize – to guarantee an assured income to farmers by providing a minimum guaranteed price and ready market. Part of its mandate is also to mop-up excess produce from all farmers in order to reduce post-harvest losses resulting from spoilage due to poor storage, thereby protecting farm incomes.

Currently, NAFCO is in charge of food supplies to senior high schools as part of the government’s Free Senior High School programme, and therefore any delay in addressing the leakages at the facility could affect the quality of grains it stocks for supply.

The Corporate Affairs Manager of NAFCO, Mr. Emmanuel Arthur, explained in a telephone interview that NAFCO is just an end-user of the facility but with the current situation would take steps to secure its stock in order that it is not contaminated in any way.

However, he disclosed that effort was going to be made to engage the consultants and contractor of the rehabilitation works.

Meanwhile, attempts to get some clarifications from the contractor, Messrs Seliwas Company Limited, were unsuccessful. Several calls placed to clarify some of the issues that emerged at the visit of the Committee mandated to monitor and evaluate the management and use of Ghana’s petroleum revenues by institutions of the state, were not answered.

Also, the Ashanti Regional Director of the Ministry of Food and Agriculture, Rev. John Manu, in a telephone interview also said he was not aware of the rehabilitation works. However, he indicated that it could have been done prior to his transfer to the Region.

The visit by PIAC formed part of its 2019 districts engagement and inspection of projects supported with oil revenue in the Ashanti Region.

The members of PIAC, led by the Vice-Chairman of PIAC, Dr. Thomas Stevens, to inspect the facility were not impressed with the state of the facility considering the amount of money that was spent on the rehabilitation.