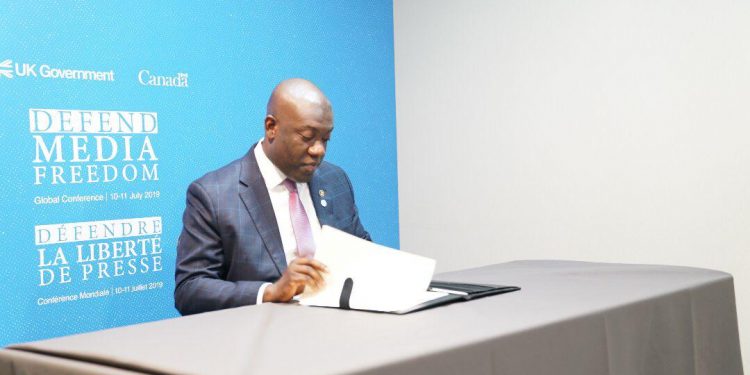 Ghana has joined other commonwealth nations to pledge their commitment to the protection of Journalists at the just ended Global Conference for Media Freedom in London.

The two-day conference was also used to discuss ways to ensure responsible media and support for the safety and protection of Journalists.

The Minister for Information, Kojo Oppong Nkrumah who led Ghana’s delegation said Ghana is taking measures to stop the incidents of abuse and attacks on journalists. 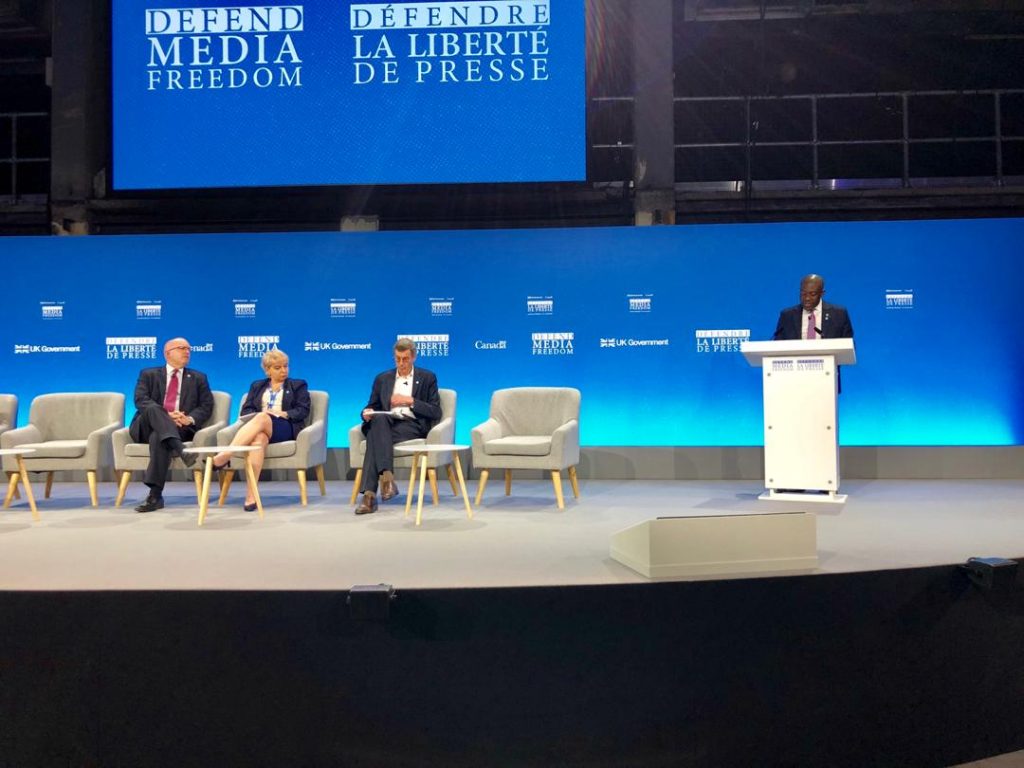 The Ofoase Ayirebi legislator through the implementation of a Coordinating Mechanism on the Safety of Journalists, media practitioners in the country as well as other stakeholders will be equipped to prevent abuse and independently validate future claims of attacks.

Mr. Nkrumah in his address at the conference said Ghana has and continues to build a robust mechanism for free and responsible media practice through constitutional and legal frameworks.

“Ghana has repealed the Criminal Libel Law, enacted a whistle blowers law and recently passed Right to Information [Bill into Law]. These developments have introduced a refreshing pluralism onto Ghana’s mass media landscape. It has also opened up access to new and diverse voices that have promoted democracy and participation in governance and development; and above all enhanced press freedom” he said.

The Information Minister said Ghana’s performance on the World Press Freedom Index within the last few years has been commendable despite the recent cases of attacks on media freedom with the killing of Ahmed Hussein Suale being among the recent incidents.

“In recent years Ghana has also experienced its share of the global attacks on free media despite our good track record. The worst being the cold blooded murder of Ahmed Suale believed to be connected with his work as an associate of the media organization Tiger Eye PI. Regrettably our investigative agencies have not made much headway in arresting and punishing perpetrators of such acts. It appears we took our media excellence and public tolerance for granted but now we have to face up to the changing realities and do more,” he added. 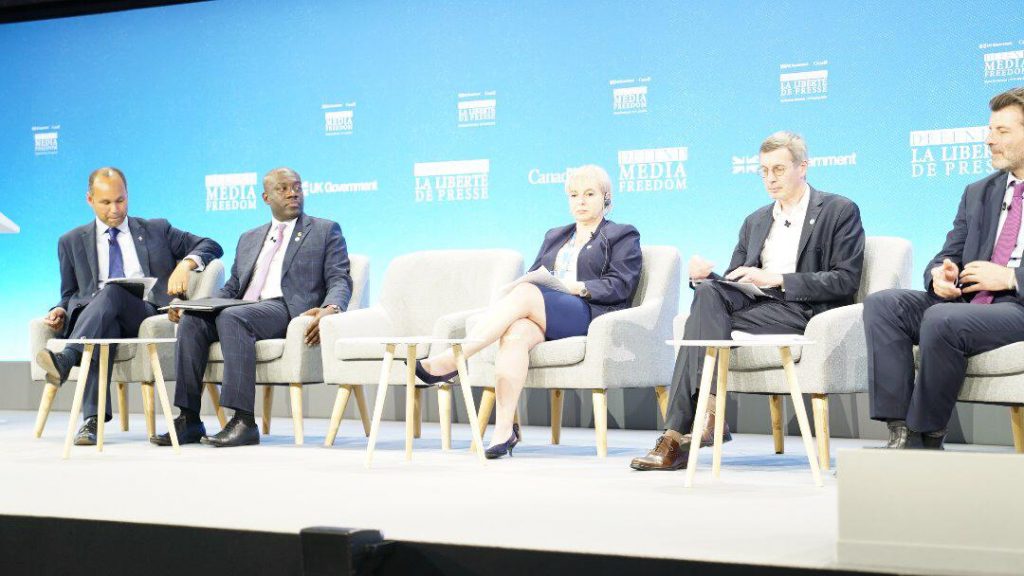 Kojo Oppong Nkrumah said Ghana is rolling out a media capacity program in support of quality journalism but will not shy away from legislating against misinformation and disinformation which constitute challenges that threaten confidence in the media.

The Minister challenged the media and journalists to go beyond investigating and exposing nefarious acts and use their platforms to also highlight positive advancements of societies.

The maiden Global Conference for Media Freedom was jointly organized by the UK and Canadian governments.