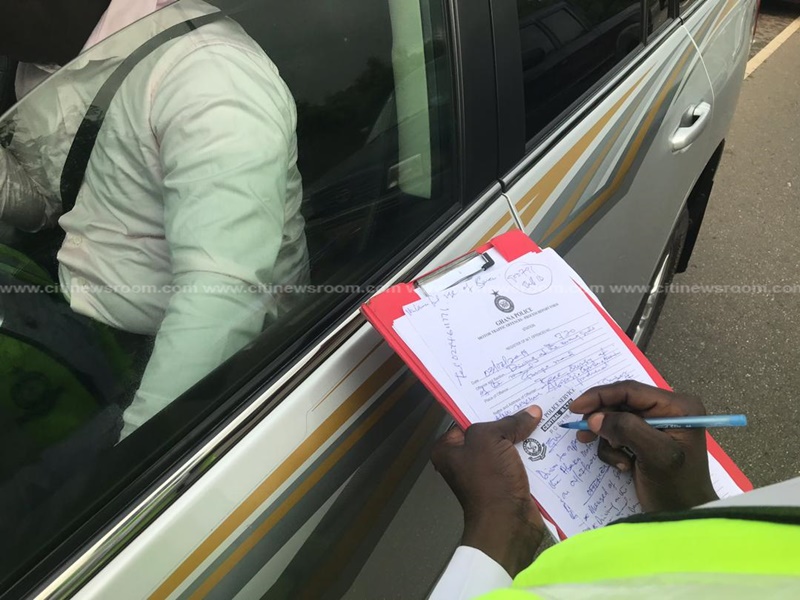 The driver of the Member of Parliament for Kade has been slapped with a fine of GHc960 by the Abeka Motor Court for driving against traffic as part of Citi TV’s War Against Indiscipline campaign.

The MP, Kwabena Ohemeng-Tinyese, who was being chauffeured in the V8, went berserk after his driver was arrested, challenging police officers and throwing tantrums.

His driver, together with 14 other drivers, were each fined for three counts of road traffic offences including driving on the wrong side of the road, causing harm to other road users as well as careless and inconsiderate driving.

[contextly_sidebar id=”RFcd1xruFSOvbLD8Qsz3MB5i4hrPP4Ra”]He openly admitted to giving his driver the instructions to drive recklessly because he was late for a parliamentary duty.

The 14 other drivers were all slapped with a fine of GHc960 each.

Another driver; who was on trial for misuse of trade plate was however fined GHc600.

Meanwhile, one of the drivers, Ibrahim Rashidatu, pleaded not guilty to the offences; and has been granted bail to the tune of GHc5,000 with one surety.

She has been asked to reappear in court on July 18.

It was a tense mood at the Abeka Motor Court on Thursday when 16 of the 24 drivers who were arrested on the Legon-GIMPA bypass for various traffic offences were arraigned.

A number of them complained about the treatment meted out to them.

They contended that the MTTD officers were not fair to them in relation to the offences for which they were arraigned.

The delay in the start of proceedings angered most of the drivers who were not friendly to Citi TV, cameras.

They openly expressed discomfort about the War Against Indiscipline campaign.

A Police Officer, who said he was once captured by Citi TV as part of the campaign, took advantage of the charged atmosphere and threatened to destroy the Citi TV cameras.