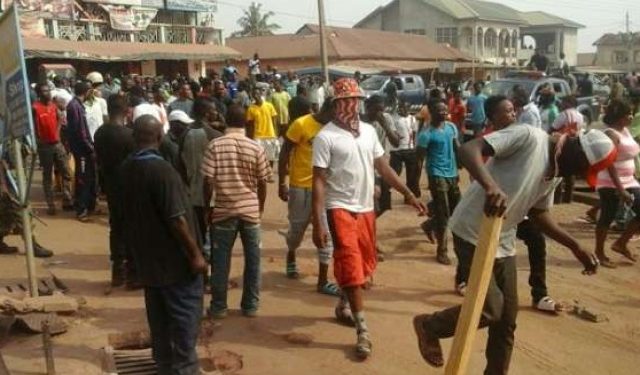 Government has paid GHc250,000 each as compensation for families of four deceased victims of the Foase shooting in the Ashanti Region.

The four died after police officers allegedly opened fire into a crowd of protesters over the siting of Atwima Kwanwoma District capital at Twedie over Foase in February 2018.

Thirty-two other victims who suffered injuries during the incident also received a total of GHc491,000.

In all about GHc1.4 million was paid as compensation.

A report by a committee which investigated the matter was not made public but gave out recommendations that included compensating the victims.

Another committee was subsequently set up to implement the recommendations after the deceased persons were buried.

A Deputy Local Government Minister, Kwasi Boateng Adjei who spoke after handing over the package to the families said the deaths were needless.

Mr. Adjei said the police “should allow professionalism to play a role in handling some of these situations.”

He also urged the citizens “to allow the law to work in cases like this.”

Meanwhile, a Security Analyst, Adam Bona, criticised the trend where the government pays compensation to families of such police brutalities instead of giving them justice.

He said the state needed to ensure the officers involved are duly punished.

Mr. Bonah also cautioned that this trend could erode the trust citizens have in the police.

“The problem has to do with the unprofessional manner in which some officers behave and so the government has to make sure those who take the law into their own hands are punished.”

275 ambulances to be distributed before end of 2019 – Health Minister

275 ambulances to be distributed before end of 2019 - Health Minister