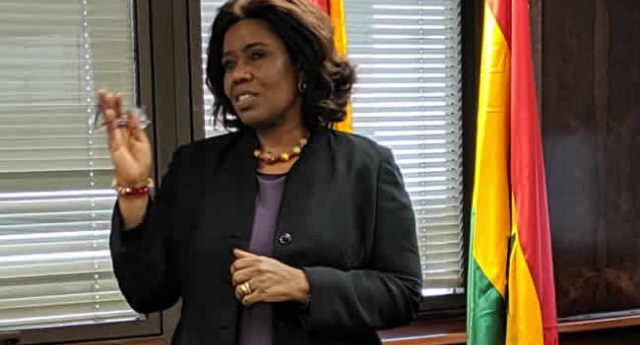 The Minister of Foreign Affairs and Regional Integration has granted approval for the appointment of an Honorary Consul of Ghana for northern Spain to be based in Barcelona, Catalonia, pending the final authorization by the relevant authorities in Spain.

This was disclosed by H.E. Madam Elizabeth Adjei, Ghana´s Ambassador to Spain when she addressed a huge durbar of Ghanaians held in her honour on 20th August 2019 at Vic, near Barcelona. Vic, a town in northeastern Spain with a population of about 45,000, hosts the largest Ghanaian community in Spain, more than 5000 in number, and is also home to many newly arrived Ghanaians in Spain.

The re-opening of the Honorary Consulate coincides with a period of an increased presence of Ghanaians in the Barcelona region and the need to provide a support system to address their immediate needs on legal, safety, and consular issues.

Among other things, the Honorary Consul´s responsibilities will include working closely with the Ghana Embassy in Madrid to look after the affairs and assets in the region; forging economic and cultural links between Spain and Ghana, promoting trade and investment and seeking diplomatic bonuses on behalf of Ghana.

Barcelona, a distance of about 700 kilometres from Madrid where Ghana maintains a full diplomatic Mission, is one of the most popular consular hubs in the world, with about a hundred Honorary Consular and Consul General representation. The presence of an Honorary Consul will help expedite passport and consular applications, for which first time applicants, citizens and visitors alike, have to travel long distances to Madrid.

The Ambassador also took the opportunity to clarify issues of passport fees, the cost of which has become a major source of agitation in the community. She disclosed that in response to various complaints about the perceived high cost by members of the various Diaspora communities around the world, including Spain, the government has increased the validity of passport from 5 to 10 years. To clarify, the same amount paid for a passport valid for 5 years, will now cover 10 years, and there will be renewal fees.

HE Adjei encouraged Ghanaians living in Spain to integrate well into the host society by learning the Spanish language to enable them to take advantage of the opportunities offered by the Spanish government to immigrants.

The attendees at the meeting were very happy with the appointment and expressed appreciation to the government for the initiative.

My GH¢9m deposit is locked up at Global Access – Dr. Kofi Amoah 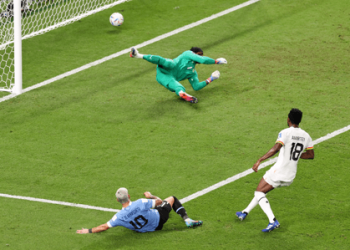 My GH¢9m deposit is locked up at Global Access - Dr. Kofi Amoah