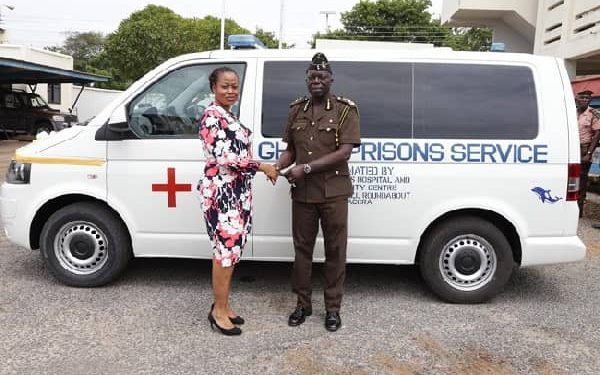 The St. John Hospital and Fertility Center at Osu has donated an ambulance to the Ghana Prisons Service as part of their Corporate Social Responsibility.

On Wednesday, a team from the hospital under the leadership of its Acting Chief Executive Officer (CEO), Maame Yaa Antwi came to the aid of the Service to reduce the difficulties in transporting sick inmates to health facilities.

Procurement of ambulances in Ghana has become a major issue following the over-dependence on the limited vehicles that convey the sick during hospital transfers; a situation that has led to the loss of many lives.

Although government has to a large extent been blamed for this worrying trend, many continue to call on corporate bodies to help address the challenge. 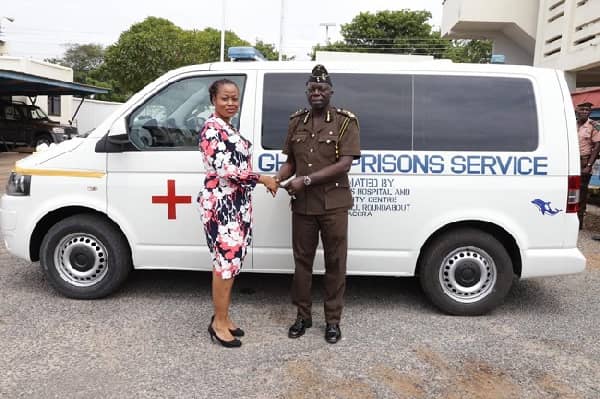 In appreciation for the life-saving ambulance, the office of the Director-General in charge of Prisons thanked the team for the donation and added that the gesute “is timely as most of the health facilities have been upgraded without an ambulance service.”

This is the second donation exercise the St. John Hospital and Fertility Center has done in 2019 after previously donating an ambulance to the Ghana Immigration Service to help in the delivery of health care services.

Kumasi: Police on manhunt for goldsmith for shooting colleague

Kumasi: Police on manhunt for goldsmith for shooting colleague