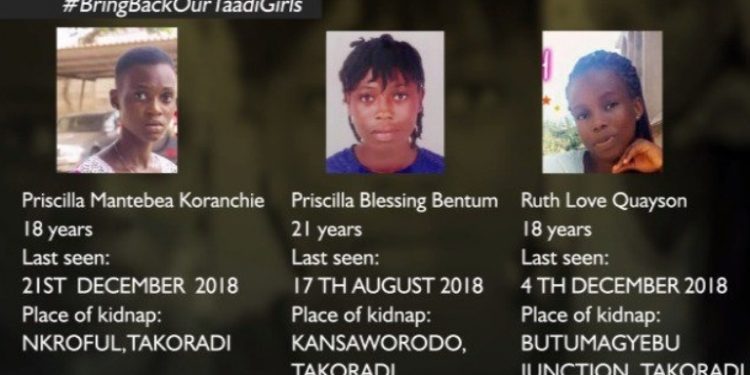 The families of the four kidnapped Takoradi girls yesterday, Wednesday, provided samples of their DNA to the police.

After the submission of samples for the Police’s forensic test, Emmanuel Anzah Kobinah, the Grandfather of Ruth Abekah, one of the kidnapped girls, said their search will not cease until the forensic test confirms that his granddaughter is dead.

Speaking to Citi News after the exercise, Mr. Anzah Kobina, said a lot of confidence was established as the Police gave room for further interaction before the samples were taken.

“The areas that we did not understand, we asked them and they explained to us. So now that they have explained to us, we have allowed them to take the samples to Accra… And if we are not satisfied, we can take our own independent [person] to work on it.”

Pending the results, Emmanuel Anzah Kobina also said the families will hold on to hope that their girls are alive.

“Once we are relaxing to wait for them, we are carrying on with our normal search for our children because we don’t [believe] our children have died.”

The DNA samples became necessary after Police investigating the disappearances of the girls; Priscilla Blessing Bentum, Ruth Love Quayson and Priscilla Kuranchie, found three  human remains in the sewage system near the home of the main suspect in the case.

The Police earlier said they expected to complete the DNA tests on the human parts found by the fourth week of August.