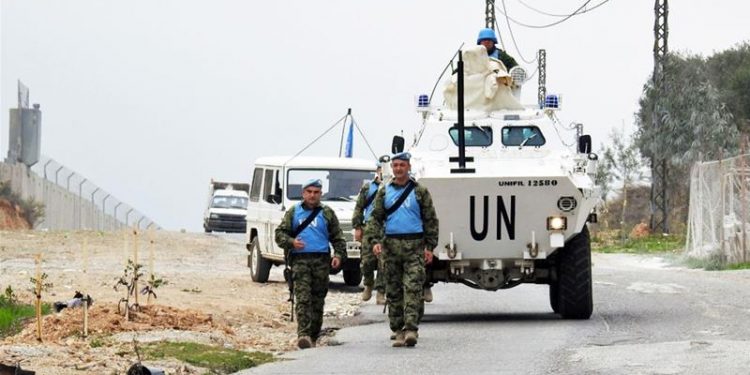 To put an end to the Hezbollah-Israeli conflict, there is the need to guarantee the United Nations’ Interim Force in Lebanon’s (UNIFIL’s) ability to perform.

The Security Council must guarantee UNIFIL’s freedom of movement and access to all sites in UNIFIL’s mandated area.

Every incident where UNIFIL’s access has been prohibited must be fully investigated and transparently reported to the Security Council.

The threats of Hezbollah make it imperative for the Security Council to pay much more attention to its peacekeepers.

Ghana has a force of 870 soldiers as part of the force and their lives are also being threatened just like other troops on the mission.

Enlarging the scope of UNIFIL, thus ensuring more numbers besides strategies to be taken against Hezbollah, will ensure that the troops are able to defend themselves while defending the Israelis and Lebanese.

In 2006, UNIFIL was tasked with implementing Resolution 1701, which stipulated that Hezbollah have no presence in the area, south of the Litani River.
However, because of restrictions posed by Hezbollah, UNIFIL is limited in its capability to effectively fulfil its mandate under the resolution.
Hezbollah’s destabilising terrorist activities jeopardise the security of Lebanon, Israeli civilians and peace in the region. The organisation bolsters insurgency and instability in Lebanon and the entire region.

A new revealing film has brought to the fore the weakness of UNIFIL against Hezbollah and the extent of control that Hezbollah has in southern Lebanon. It is also a powerful reminder of the need to awaken to the grave threat that Hezbollah poses, and the danger of failing to address the threat. Ignoring this new revealing evidence will only cause more damage. The truth about Hezbollah and UNIFIL’s weakness is clear, hence the need to guarantee UNIFIL’s ability to perform.

Attempts to broker peace between Hezbollah and Israel is yielding no results. Recently footage of Hezbollah terrorists attacking and setting fires to peacekeepers vehicles have come to the fore.

Hezbollah leaders have consistently threatened to bring about the violent and utter destruction of the State of Israel. They will stop at nothing and their recent attacks on UNIFIL peacekeepers exposes the weakness of the UN Peace-keeping Forces. Hezbollah has embarked on a precision missile development programme, where missiles are designed to target strategic locations in Israel, create mass destruction and cause civilian casualties on a large scale.

For almost 13 years, attempts to stop Hezbollah in their attacks have proved futile. Hezbollah is said to be heavily armed, possess great military capabilities and does not answer to the Lebanese people or government.

Hezbollah has openly seized control of Southern Lebanon, endangering the local Lebanese population and Israeli civilians. Hezbollah has also deliberately entrenched its sophisticated military infrastructure in the heart of Lebanese civilian population centres, including a weapon of over 100,000 missiles.

A network of cross-border attack tunnels dug into Israeli territory was discovered by the Israel Defence Forces (IDF) in December 2018.

This grossly violates Israeli Sovereignty and Security Council Resolution 1559 (2004) and 1701 (2006). These resolutions call for the disarmament of all armed groups in Lebanon, the withdrawal of all foreign forces and the cessation of foreign intervention in domestic Lebanese affairs.

Hezbollah has taken the entire Lebanese population hostage and the Hezbollah-Iranian-sponsored precision-guided missile programme imperils the citizens of Lebanon.

In the face of major IDF accomplishments during the war, that Hezbollah could fire about 4000 rockets and missiles at Northern communities sent shock waves throughout Israeli society.