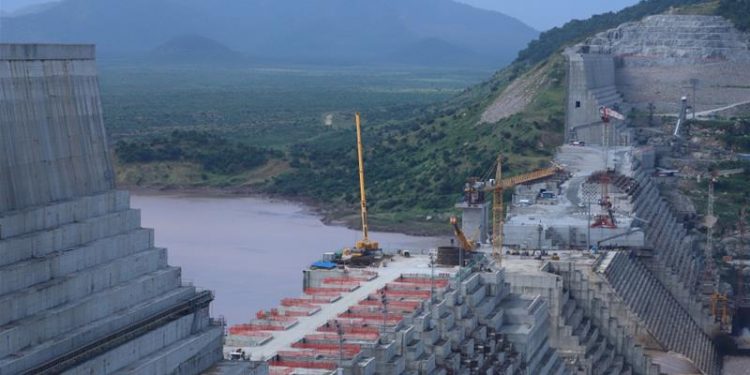 Egypt’s government says it has accepted an invitation from the United States to a meeting of foreign ministers over a controversial project for a giant hydropower dam on Ethiopia’s Blue Nile.

The meeting of foreign ministers of Egypt, Ethiopia, and Sudan, the three nations directly affected by the Grand Ethiopian Renaissance Dam (GERD), will be held in Washington, Egypt’s foreign ministry said on Wednesday. It did not state a date for the talks, or if the other nations had agreed to attend.

“Egypt has received an invitation from the US administration,” the ministry said in a statement, adding it was “immediately accepted”.

Egypt depends on the Nile for about 90 percent of its needs for irrigation and drinking water and says it has “historic rights” to the river guaranteed by treaties from 1929 and 1959.

But after years of three-way talks with Ethiopia and Sudan, it says it has exhausted efforts to reach a pact on conditions for operating the dam, the largest in Africa, and filling the reservoir behind.

Ethiopia, for its part, says the dam is crucial to its economic development and has denied that the talks between the three are stalled, accusing Egypt of trying to sidestep the process.

It has also previously rejected bringing in a mediator to resolve the dispute.

Awol Allo, a senior lecturer in Law at the United Kingdom’s Keele University, said it was not clear if Ethiopia would also accept the US’s invitation.

“The Ethiopian government’s position seems to be that this is a problem that needs to be solved by negotiation between the three parties – that is Sudan, Ethiopia, and Egypt,” Allo told Al Jazeera.

“They are very clear that a third party is not needed,” he added.

On Tuesday, Ethiopia’s Prime Minister Abiy Ahmed said his country would not be stopped from completing the project, warning that Addis Ababa could “deploy many millions” of people in the event of any conflict over it.

“Some say things about the use of force (by Egypt). It should be underlined that no force could stop Ethiopia from building a dam,” said Abiy, the winner of this year’s Nobel Peace Prize. “But war is not a solution.”

Abiy’s comments drew a sharp rebuke from Egypt, which labeled them “unacceptable”.

Keele University’s Allo meanwhile said a military solution to the dispute between the two countries, each home to some 100 million people, was “not workable”.

“The only way forward for the two countries is to sit around the table and hammer out a deal,” Allo said, adding that “the “problems are primarily technical”.

The seemingly escalating spat comes against the backdrop of an expected meeting between Egyptian President Abdel Fattah el-Sisi and Abiy during a Russia-Africa summit this week in Sochi.

The Danquah versus Nkrumah 'un-reconciled' feud; A Ghana problem [Opinion]

The Danquah versus Nkrumah 'un-reconciled' feud; A Ghana problem [Opinion]