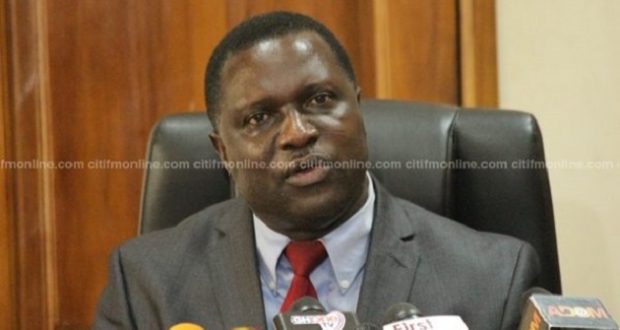 The Deputy Minister for Education, Prof. Yaw Adutwum has re-echoed the government’s position of not introducing any policy aimed at teaching sexuality in schools.

He said the Akufo-Addo government is rather interested in what he terms as ‘Comprehensive System Education’ to effectively reform the sector and increase universal access to education for the country’s socio-economic development.

His remarks come on the back of the recent public backlash on government about the much talked about Comprehensive Sexuality Education (CSE) over fears the programme will introduce children to homosexuality at a very young age.

“My President, Nana Addo Dankwa -Akufo-Addo is interested in Comprehensive System of Education and not Comprehensive Sexuality Education. His focus is very clear on how we can find children who otherwise would not have gone to school in the various nooks and crannies of the country so that they can go through secondary education and have their destinies changed,” he said on last night’s edition of Face to Face on Citi TV.

“That is the mandate he has given us and that is what we are focused on. It is a comprehensive system of education that will transform the nation once and for all”, he added.

Since the subject matter gained attention in the public space, there have been contradictory comments by government officials on whether or not the programme is part of the new curriculum for basic school.

But President Akufo-Addo who is latest to comment has categorically stated that government has no intention to introduce a policy in the country’s educational system that will be inimical to the development of basic and senior high school students.

The government and United Nations Education, Scientific, and Cultural Organisation (UNESCO) launched the Comprehensive Sexuality Education programme in February 2019 but in the past week, concerns have been raised about the potential for pupils to be given awareness of sexuality and LGBTQ issues at too early a stage.

Groups such as the Minority in Parliament, civil society organizations and religious bodies have called on government to withdraw the CSE from the new syllabus or risk being voted out in the 2020 general elections.

Others have challenged the argument that comprehensive sexuality education would cause the kids to engage in sexual activities adding that children would rather use the information to make the right decisions in their lives.

But, pressure continues to mount on the Ministry of Education and the Ghana Education Service to withdraw the controversial policy from the 2019 curriculum of Basic and second cycle schools.

There have been conflicting reports and denials of the inclusion of the CSE in the 2019 curriculum by the Education Ministry and the GES.