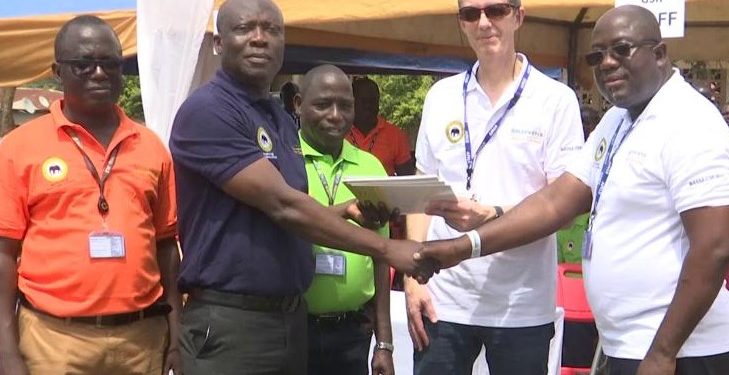 After years of intermittent agitations by Wassa residents about the operations of Golden Star Wassa Mines in the Western Region, the twelve communities in the catchment of the mine operations have finally signed a Memorandum of Understanding with the company at Akyempim.

The MoU is expected to ensure a peaceful co-existence between the company and the towns as well as promote mutual benefits of the mines’ operations.

Golden Star Wassa Mines which has ten percent government stake started its surface mining operations in 2005 in the Wassa area, followed by underground mining in 2017 until it transitioned into underground-focused mining operation last year.

Despite contributing to over 250 employment with majority from local communities and social support projects for catchment communities, the 12 communities the mines’ operation impact directly, indirectly and have caused their resettlement have not stopped occasional agitations for more jobs, social projects and better relationship.

The MoU is to create a defined agreement for co-existence.

The Managing Director of Golden Star Wassa Mines, Shaddrack Adjetey Sowah, while stating what the MoU will address, expressed the need for commitment by parties.

“Whilst relationships have remained largely positive and respectful, we have incurred occasional agitations as a result of dissatisfaction with the distribution of employment opportunities and award of contracts among the communities. Based on assessments, interactions and regular engagement with the communities with the relevant stakeholders, areas the MoU focused on are Local Employment and Contracts, Golden Star Development Foundation Fund and Relationship and Sustainable Livelihood,” he said.

“This MoU would not be able to achieve its intended purpose if it is not given the needed respect and recognition by both concerned parties. Based on this, I will like to make a passionate appeal to all stakeholders especially the youth to use the directives enshrined in the MoU and other agreed existing protocals to deal with any misunderstanding that may occur particularly from employment in the course of our operations,” he added.

A resident of Wassa Akyempim, Abraham Forbery speaking to Citi News on his expectations of the MoU said it will bring the peace and development they have been looking for. 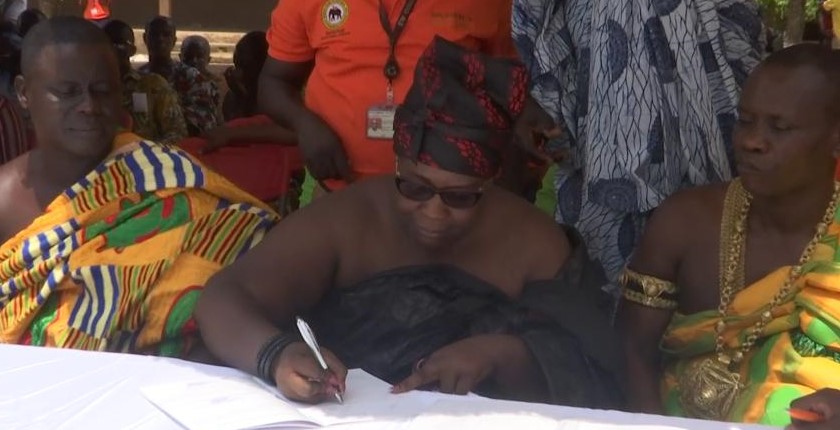 “My expectation is that it will bring a lasting peace because there has been a lot of agitations concerning employment, infrastructure, education, especially youth from schools not being employed in the mines. But signing of this MoU, things will change for the better because it has been stated that when locals finish their tertiary education, you have the chance to do your National Service and employment in the mines as far as the MoU is concerned. To me personally, it will bring a lasting peace between the company and the various communities,” he said.

The DCE for Wassa East, Wilson Arthur and the MP, Isaac Adjei Mensah, both said the agreement will help to promote industrial peace and enable other businesses to be attracted to the area for economic growth.

They both expressed commitment to make the MoU implementation successful.

On his part, Chief Executive of Golden Star Resources, Andrew Ray, who was a party to the MoU said the signing will allow the company to carry out its operations in a more responsible manner to enable it also increase its corporate social investment in the 12 catchment communities.

“As a company, we are firmly committed to maintaining and building stronger relationships with you by going beyond purely statutory obligations. I hope you would agree that we have amply demonstrated this intention in the numerous projects already undertaken by our joint effort, the latest being the adoption of a local school and the commitment of $500 thousand towards improving it and bringing it to a standard comparable to any in the world. While this MoU is laudable concept, it is important to ensure that it is implemented well,” he said. 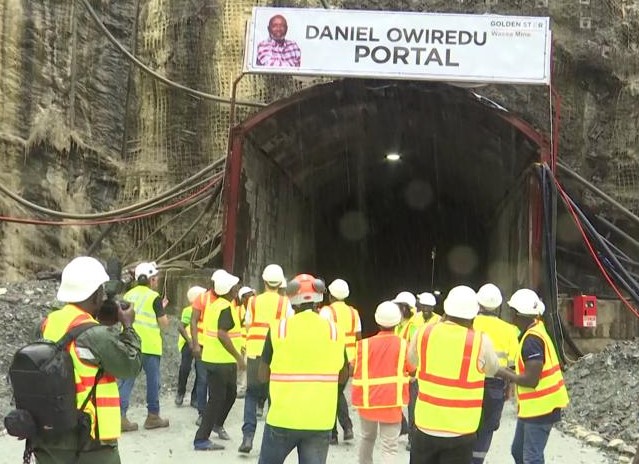 DR Congo: Many dead as plane crashes into homes

DR Congo: Many dead as plane crashes into homes