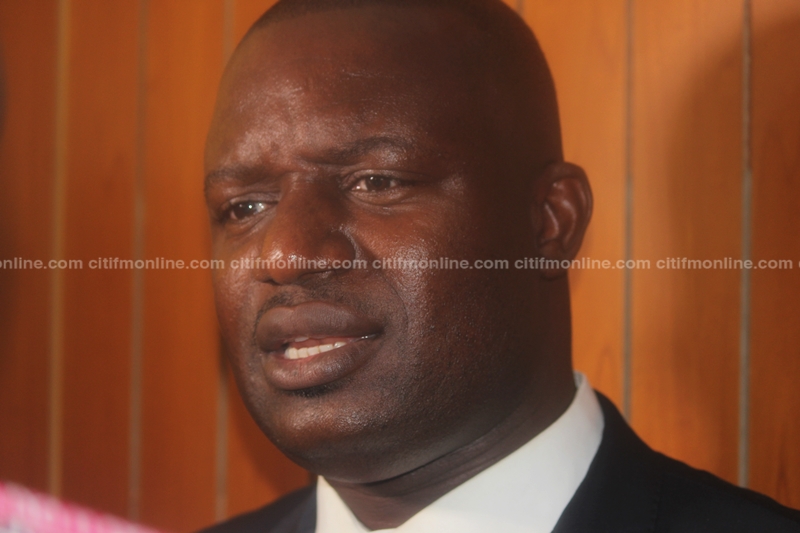 A former Deputy Power Minister and Member of Parliament’s Mines and Energy Committee, John Jinapor wants the Minister of Energy, John Peter Amewu hauled before Parliament to explain to the House some aspects of the Corporate Social Investment spending by the Ghana National Petroleum Corporation (GNPC).

A leaked internal memo from the state oil firm revealed that almost GHC 2 million has been allocated to causes such as the 20th Anniversary of the Okyehene with further funding to the First Lady’s Foundation among others.

Speaking to Citi News, John Jinapor indicated that there was no justification for such spending by the GNPC.

“We intend to bring the Minister before the House to explain when these protocols were adopted. Is the Minister aware of this or it is a policy decision by the government that GNPC can engage in this kind of expenditure? What are the protocols involved and is this something that has been happening over the years? So we know what we can do to streamline the operations of the corporation. If we want to support people, let’s do it in a proper fashion, equitable fair and transparent manner.”

Mr. Jinapor who is also the Member of Parliament for the Yapei Kusawgu further said they will demand for details of GNPC’s spending during subsequent budgetary allocations to the corporation in a bid to check such spendings.

“GNPC itself will be appearing before the [Mines] Committee for approval of their 2020 budget. Let me assure that, we are not going to take bulk figures. Sometimes they bring bulk and composite figures which are embedded with all these kinds of things. Let me state unequivocally that, we want to insist and get details of every expenditure item.”

Meanwhile, the General Manager-in-charge of Sustainability at the Ghana National Petroleum Corporation (GNPC), Dr. Kwame Baah Nuarko has justified the organization’s planned spending of over GH¢2 million on sponsorships and donations to external parties.

According to him, such expenditures are not new and are in line with GNPC’s vision.

The Public Interest and Accountability Committee (PIAC), has asked Parliament to immediately step in and put a cap on the Ghana National Petroleum Corporation’s (GNPC) Corporate Social Investment.

PIAC fears GNPC may veer off its core mandate if it continues with its current expenditure trends.

The Technical Manager of the PIAC, Mark Agyemang in a Citi News interview expressed worry that the Corporation may soon go contrary to what it is actually supposed to do as a firm.

“If you have looked at our recent report, we actually made a recommendation to Parliament that the mandate of GNPC and in fact the law establishing GNPC, that is the PNDC law 64, should be looked at and reviewed to actually position the corporation to face the current challenges in the industry. Because we feel that some of the expenditure carried out by the corporation should be done by the Central Government and the Central Government should not use GNPC as a quasi-fiscal expenditure entity to carry out some of these expenditures.” So it’s a recommendation we’ve actually made to Parliament because we are worried that with the trajectory that the corporation is going it will come to a time that GNPC will veer off completely from their core mandate,” he said.