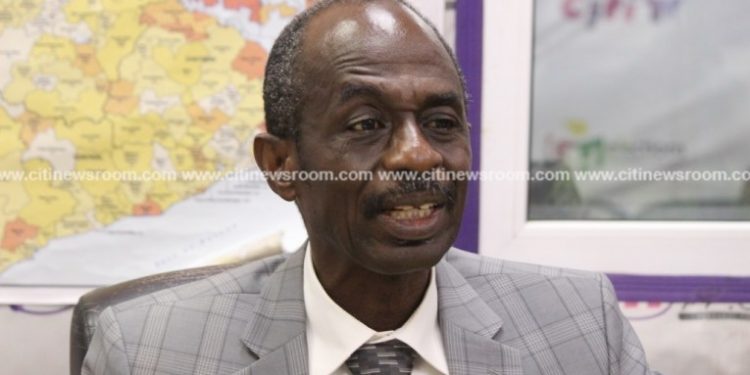 The General Secretary of the National Democratic Congress (NDC), Asiedu Nketia has disclosed that the government has not held even a single engagement with the party on the upcoming referendum in December.

Mr. Asiedu Nketia said government’s failure to engage the party is however not surprising, given that it took a similar stance when the NDC raised issues with the Limited Voters’ Register and the Ghana card registration.

“This is a party or government that is not interested in engaging anybody at all. They choose to do what they want to do. Were you not here when we were trying to straighten things about the National Identification? Were they not here when we were talking about limited voter registration? They are not a group that is ready to engage,” he said on the  Point Blank segment of Eyewitness News.

NDC campaigns for NO vote

The NDC at a press conference in Accra last Tuesday urged Ghanaians to vote against the proposed amendment of Article 55 (3), which will make local government elections partisan.

Mr. Samuel Ofosu Ampofo, the party’s National Chairman said they wanted the local government system to remain non-partisan and that individuals should contest the district assembly and unit committee elections on their own merit.

They had therefore decided to campaign for a “NO” vote at the referendum.

He added that amendment of Article 55, would lead to several pitfalls, which he said the government was yet to consider.

“Without the needed clarity, confusion would arise out of the referendum. This is the problem Great Britain has had to grapple with since the Brexit referendum,” he stated.

The Minister for Local Government and Rural Development, Hajia Alima Mahama had also expressed surprise at the sudden shift of position by the NDC.

The Minister said this was something she found shocking, considering the fact that the party had agreed by consensus in Parliament that article 55 (3) should be amended to allow the election of Metropolitan and Municipal District Chief Executives (MMDCEs) on partisan bases.