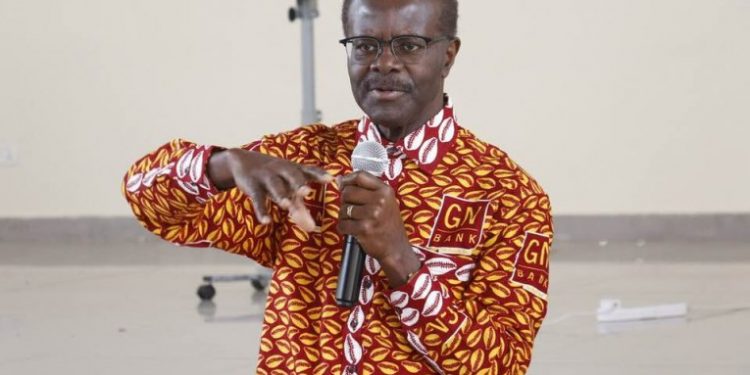 Black Shield Fund Management, formerly known as Gold Coast Fund Management has had its license revoked by the Securities and Exchange Commission (SEC).

This was announced in a statement by the Commission on Friday in which it said over 50 other Fund Management Companies have had their licenses also revoked for various infractions.

Black Shield Fund Management, a subsidiary of Groupe Nduom, has dominated headlines in recent times over continuous complaints from its customers about their inability to withdraw their investments.

For several months, customers who had invested monies with the company have not been paid their dividends nor been able to withdraw their investments entirely.

The company, which only recently changed its name however said it was working to pay back the monies.

Last month, the company said it could pay back the about 59,000 customers’ locked up monies by the year 2022.

The spokesperson for the company, Benjamin Afreh said that much effort is being done by the company to raise money to pay off its clients.

“I admit that it will not take less than two years to pay everybody off. I’m not sure it will go beyond three years. So far we’ve paid over GHc200 million to customers. And I so said, there is a lot of work we’re doing behind the scenes hopefully to raise a lot of money. So once we do that, I am sure a lot more customers will be paid and the pay will be much faster than we witness,” he said.

But customers have berated the company, accusing it of being disingenuous.

Head of Policy and Research at the Securities and Exchange Commission, Ashong Katai in an earlier interview with Citi News assured customers of the company that the commission was working to ensure that they get their monies back.

On the specific offences that led to the revocation of Black Shield Fund Management’s license, SEC said,

Blackshield Capital Management Ltd (formerly Gold Coast Fund Management Limited), “Blackshield”,
was incorporated on the 12th August, 1993 prior to the passage of the Act and was licensed by the
Commission on 12th August, 2013. On 11th July, 2019, the firm changed its name to Blackshield Capital
Management Ltd. The SEC has had a number of engagements with Blackshield including Hearings pursuant to section 19 of Act 929, decisions have been issued by the SEC against Blackshield with directives to take steps to comply and resolve its regulatory infractions, all to no avail.

The Specific issues that led to the revocation of its licence included the following:
a) Failure to honour clients’ redemption requests
b) Placement of client funds with related parties without proper due diligence and the requisite
standard of professional conduct contrary to Paragraphs, 2, 3, 6 and 13 of Part X of the
Commission’s Compliance Manual for Broker-Dealers, Investment Advisers and
Representatives 2008. According to Blackshield’s 2nd Quarter 2018 Placement Report, 99.41%
of Blackshield’s funds under management had been placed with an unregulated related entity,
Ghana Growth Fund Limited (now Gold Coast Advisors Limited).
c) Failure to adhere to voluntary payment plans agreed on at Complaints hearings contrary to
required professional and ethical conduct in paragraph 2, 3 and 6 of Part X of the SEC
Compliance Manual for Broker-Dealers, Investment Advisers and Representatives 2008 and
general best international industry practice.
d) Non-submission of statutory reports contrary to Regulation 33 (1) (a) (b) (c) and (6) of L.I.1728
e) Failure to pay penalties levied by the Commission
f) Advertising of an unapproved investment product, Cardinal Master Trust in contravention of
Securities Industry Act, 2016 (929) and Securities and Exchange Commission Regulations,
2003 (LI 1728).