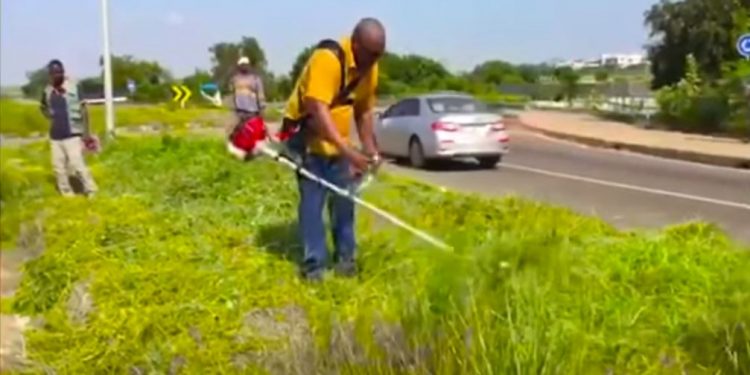 Former President John Mahama on Saturday led some of his security detail to clear the median of the road around the new military cemetery in Accra.

The area had been overgrown with weeds, obstructing the view of motorists, especially towards the roundabout.

A video sighted by Citi News showed Mr. Mahama using a weed cutter to clear what had stolen some beauty from the road.

See the video below:

John Mahama was elected flagbearer of the National Democratic Congress (NDC) in February 2019 to lead the party in an attempt to snatch power from the incumbent New Patriotic Party (NPP) government.

John Mahama’s message during such his election is to emphasize that the NDC is a better option to the governing New Patriotic Party (NPP) under President Nana Akufo-Addo.