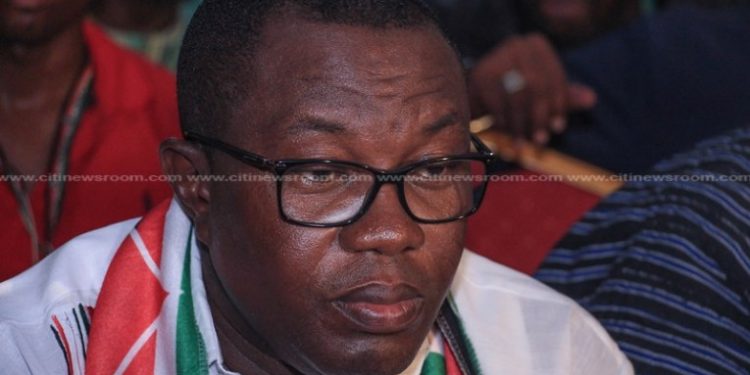 The trial of the National Chairman of the opposition National Democratic Congress (NDC), Samuel Ofosu Ampofo, and the Deputy Communication Officer of the party, Anthony Kweku Boahen, will commence on December 18, 2019.

The Accra High Court fixed the date on Thursday (November 21, 2019) after it had dealt with all the preliminary issues related to the trial.

What this means is that on December 18, 2019, the prosecutions led by the Director for Public Prosecutions (DPP), Mrs Yvonne Atakora Obuobisa, will start calling its witnesses and present its evidence to prove the charges levelled against the two bigwigs of the NDC.

Ampofo and Boahen are on trial over an alleged leaked tape in which they are accused of inciting violence against the Chairperson of the Electoral Commission (EC), Mrs Jean Mensa, and the Chairman of the National Peace Council (NPC), Rev. Prof. Emmanuel Asante.

Prior to fixing the trial date, the court, presided over by Justice Samuel Asiedu, had dismissed an application by Boahen’s lawyers challenging the admissibility of a witness statement of one Listowel Fodjour.

Counsel for Boahen, Dr Basit Aziz Bamba, had urged the court to strike out the witness statement on the basis that the prosecution filed it out of time.

According to counsel, per the practice direction, witnesses’ statements ought to be filed two days before the case management conference, but the prosecution failed to do so.

In her response, the DPP conceded that the witness statement was filed out of time but urged the court to admit it.

It was her contention that disclosures in criminal trial were a continuous process, and with the burden on the prosecution to disclose all the evidence it would rely on for the trial, such evidence should be admitted when provided.

In his ruling, Justice Asiedu held that although the practice direction was for disclosures to be done two days before the case management conference, the trial had not begun and so the omission was not fatal.

He, therefore, dismissed the application and fixed the trial date for December 18, 2019.

Case of the A-G

According to the prosecution’s facts, following the Ayawaso West Wuogon by-election debacle on January 31, 2019, Ofosu-Ampofo met with some NDC communicators on February 3, 2019.

The facts explained that at the said meeting, Ofosu-Ampofo and Boahen set out a road map of criminal activities, including violence against Mrs Mensa and Rev. Prof. Asante.

It said an audio recording of the said meeting was leaked, leading to investigations by the Criminal Investigations Department of the Ghana Police Service into the comments on the tape.

The prosecution added that on February 20, 2019, Boahen granted a radio interview in which he confirmed his participation in the said meeting and also revealed that the leaked audio recording was a true reflection of what had transpired at the February 3, 2019 meeting.