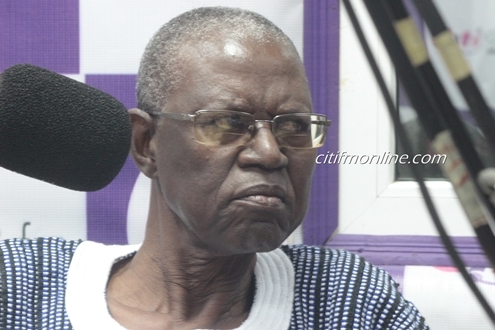 Private legal practitioner, John Ndebugri says calls for the postponement or withdrawal of the December 17 referendum are unfounded.

According to him, all the constitutional requirements for the exercise have been followed.

The December 17 referendum which is to decide whether or not political parties should be allowed to sponsor candidates at local level elections has generated heated debate in the country with even parliamentarians divided on the matter.

Speaking to Citi News, the former Member of Parliament for the Bawku West indicated that even the decision to call off the referendum is no longer within the power of the executive or legislature.

“The referendum cannot be withdrawn or postponed. If a decision is taken to amend an entrenched clause of the 1992 constitution, the government will publish the intention in the gazette six months in advance and then lay the bill before Parliament for the House to refer it to the Council of State. The Council will consider the proposal and advice for or against. Then it goes back to Parliament for the Electoral Commission to put the question before the nation through a referendum. We have passed through all that and so the matter is no longer within the ambit of the Executive. It is even not within the powers of Parliament because it is now with the Electoral Commission.”

More pressure is being mounted on the government to halt plans to hold the December 17 referendum.

The National House of Chiefs and opposition National Democratic Congress (NDC) among other pressure groups are campaigning for electorates to vote ‘NO’ at the polls.

But the governing New Patriotic Party (NPP) believes a ‘YES’ majority vote holds the magic to the future of Ghana’s development.

The ‘YES’ agenda is also being pushed by the Head of Local Government Service, Nana Ato Arthur who has debunked claims that electing Metropolitan Municipal and District Chief Executives (MMDCEs) will divide the country.

“Accountability, decency, truthfulness and hope for a better future, would be thrown to the dogs the very day we allow political parties to present candidates for election at the local level,” the group said.

President Nana Akufo-Addo is expected to take a final decision in the coming days on whether the December 17 referendum will come off as planned.

According to Deputy Minister of Information, Pius Hadzide, before the President travelled outside the country, he commissioned another round of consultations on the process and he will make a decision on the matter after he receives a report on the consultations.

“This is a listening government. Before the president travelled out of the country, he gave instructions that another round of consultations be carried out to clear out the misconception that has been driven into the system to bring clarity to bear on this issue. There is a referendum slated for the 17th of December, [and] we are proceeding. When the President comes, he will be briefed about the outcome of the consultations and he will take a decision.”

MoFA outlines plan to boost consumption of made in Ghana rice