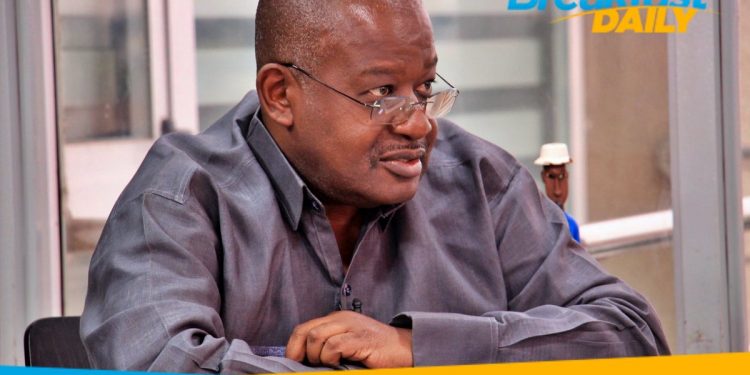 A private legal practitioner and former Vice Chairman of the Public Interest and Accountability Committee (PIAC), Kwame Jantuah has called on the Ghana Union of Traders Association (GUTA), to sue government over the non-enforcement of laws that bar foreigners from operating in Ghana’s retail space.

According to him, GUTA must ensure that a court rules in its favour to force the government to ensure that only Ghanaians are made to operate in the country’s retail space.

There has been a trade war between Ghanaian traders and their foreign counterparts especially Nigerian traders over the involvement of the latter in retail business in Ghanaian markets.

This has led to the closure of some Nigerian shops in Accra and Kumasi.

But speaking on the Breakfast Daily Programme on Citi TV, Kwame Jantuah said GUTA will have the right basis to take action if the government fails to enforce the law.

The Ghana Union of Traders Association (GUTA) blamed the country’s weak institutions and lack of enforcement of laws against the illegal activities of foreigners.

The president of the association, Dr. Joseph Obeng in a Citi News interview expressed regret that institutions in the country were letting down Ghanaian businesses by failing to enforce laws made.

He threatened that GUTA will hit the streets, among other protests, if the government does not act immediately to halt the activities of foreigners within the local retail market space.

The government has given indications that it is trying to approach the situation with tact to ensure that the relationship between the two countries are not marred but GUTA believes that government is not serving their interest.

Ghanaian traders at Opera Square in Accra on Monday embarked on yet another operation to lock-up shops owned by foreigners in the national capital.

The operation which is not backed by police is also targeting shops owned by Chinese nationals.

This is the third time such incident had occurred at this venue where foreign-owned shops operating within the Square are being targeted. There was a recent one in July 2019.

Police on manhunt for gunmen who held Nhyiaeso MP hostage