12% of Ghanaians indecisive ahead of 2020 elections – Afrobarometer report 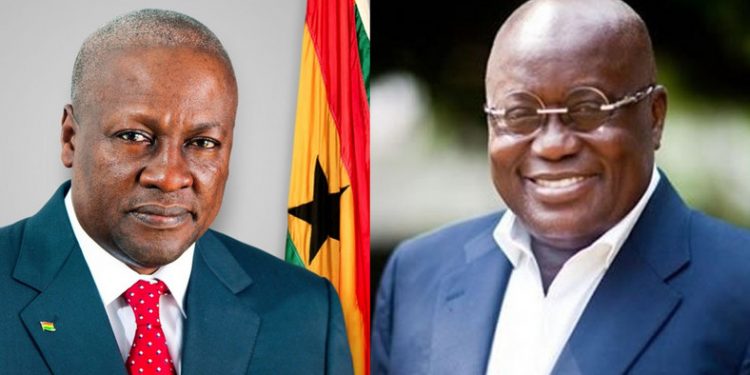 The latest Afrobarometer report by the Center for Democratic Development (CDD) indicates that 12 percent of Ghanaians are unsure of voting for any political party in the 2020 elections.

When asked which party’s candidate they would vote for if presidential elections were held the following day, more than four in 10 Ghanaians (42%) said they would either not vote (11%), did not know who to vote for (12%), or refused to answer the question (19%).

The report also showed that this percentage is the highest so far since 2008 after increasing by six points in the last two years.

For this survey, a total of 2,400 adult Ghanaians were interviewed between 16th September and 3rd October 2019.

However, the majority of those who responded in the affirmative declared support for the governing New Patriotic Party (NPP) over the National Democratic Congress (NDC) although the former’s preference shrunk by 15 points.

In its conclusion, the survey categorically pointed out that, “it is impossible to draw solid conclusions about a likely election outcome.”

“These findings suggest that a large chunk of the electorate is still waiting to be convinced, during the year remaining before Ghana’s 2020 presidential election, to vote for a specific candidate – or even to vote at all”, the report noted.

The proclivity to sit out the election was also considerably stronger among the highly educated (17% of those with post-secondary education) and relatively well-off citizens (13% among those experiencing no lived poverty) compared to the less educated (6% of those with no formal education) and poor citizens (4% among those
experiencing high lived poverty).