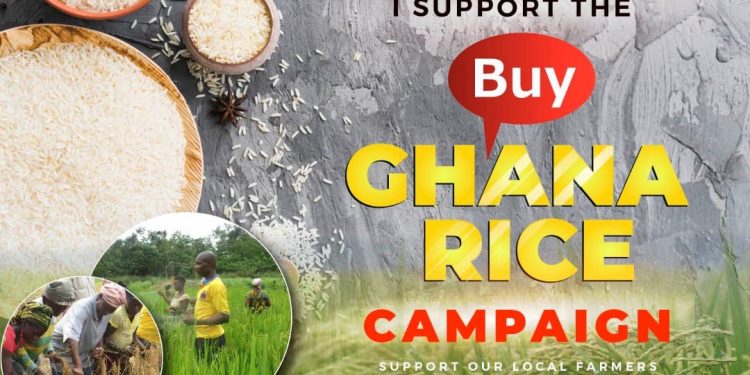 Moves are being initiated by rice millers in the country to get special identification stickers to differentiate Ghana rice from those imported.

The Convener of the Rice Millers Association, Yaw Adu Poku, who made this known to Citi News said the move is also to check unwholesome or fake Ghana rice that may be on the market.

Yaw Adu Poku, in a Citi News interview, said the Association is collaborating with the Food and Beverages Association of Ghana (FABAG) and the Ghana Standards Authority (GSA) to possibly roll out this initiative as the campaign for the consumption of local rice intensifies.

“We have agreed in principle through our umbrella organization, Ghana Rice Inter-professional Bodies together with Food & Beverage Association of Ghana (FABAG) to officially write to the GSA that a stamp or some identification should be given to rice in the system and even those that have been imported into the country so that when you go to the market you can see the stamp. This will immediately differentiate between the rice produced internally and those that come in through the main ports,” he said.

The CEO of Citi FM and Citi TV, Samuel Attah-Mensah, after visiting some rice farms in Northern Ghana about a month ago found out that locally produced rice was stuck at farm gates due to the lack of buyers.

He subsequently appointed himself Ambassador for the promotion of Ghana Rice and began a campaign to drive the consumption of Ghana rice.

This campaign has caught on with many Ghanaians and received widespread endorsements.

Government and financial institutions have stepped in and made commitments to assist those in the local rice production value chain.

The government has also announced a plan to ban rice importation by 2022.

For this reason, the Food and Agriculture Ministry met with 20 major rice importers and urged them to consider sourcing locally produced rice.

Recently, President Akufo-Addo during an encounter with the media at the Jubilee house called on Ghanaians to consume local rice.

He also announced that all government institutions have been directed to start using local rice for all public programmes and initiatives from January 2020.