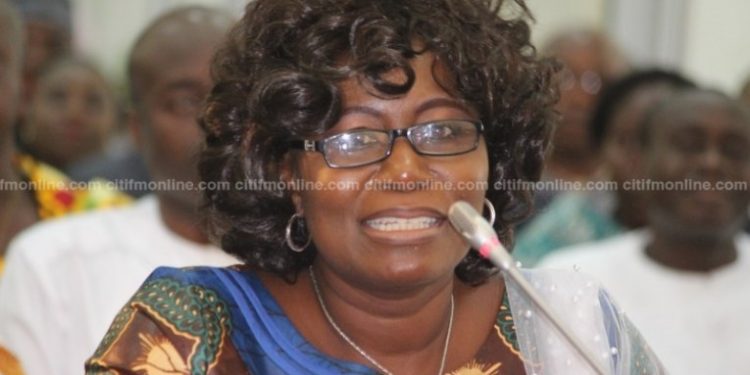 Premix fuel will soon be distributed only to fishermen who have registered their canoes and vessels with the Ministry of Aquaculture, and have been issued with Canoe Identification Cards.

According to the sector Minister, Elizabeth Afoley Quaye, fisherfolk who refuse to have their canoes and vessels registered will not be sold premix fuel.

The Fisheries Act 625 of 2002 requires all fishing vessels including artisanal canoes to be registered and marked with identification numbers.

Speaking at the launch of the Canoe Identification Card system in Keta, Madam Afoley Quaye said this will help in the effective distribution of premix.

“It is clearly stated in the 2020 budget statement and economic policy that the issuance of this card is to enhance the effective premix fuel distribution in our fishing communities. I’m hereby directing that in pursuit of transparency and following the distribution of the cards to all registered canoes, the landing beach committees must ensure that distribution is made to operators who possess the card,” she stated.

Vice President, Dr. Mahamudu Bawumia had earlier announced that government had begun processes to digitize the distribution of both premix fuel and fertilizer to address the confusion that characterizes the distribution process.

Both fishermen and farmers have complained of being cheated during the distribution of the two products.

“We will implement the digitization process in the distribution of premix in Ghana and we hope to extend it to fertilizer next year as well,” said the Vice President.

But the Member of Parliament for the Odododiodoo constituency, Nii Lante Vanderpuye said the digitization of premix fuel distribution will not address issues of corruption associated with it.

He argued that individuals who input digital figures in the process of the distribution could still perpetrate corruption.

Speaking to Citi News, Mr. Vanderpuye noted that fisherfolk are only interested in making bumper catch of fishes and not the digitization of premix fuel.

Recently, some fishermen complained of a shortage of premix fuel.

According to them, the shortage was caused by the officials at the Fisheries and Aquaculture Ministry who kept selling the product mostly to pro-NPP fishermen who hoard the product and sell it to the rest of them at outrageous prices.

However, the Deputy Minister for Fisheries and Aquaculture, Francis Kingsley Ato Cudjoe refuted the allegations, saying that there was a shortage only because they were not getting the fuel from abroad.