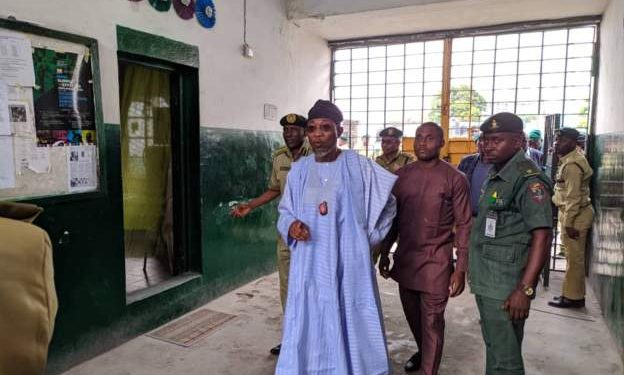 At least five inmates of a prison in Nigeria’s biggest city, Lagos, are believed to have been killed in an electrical incident on Monday morning.

A member of staff told the BBC that the accident was caused by a power surge in Ikoyi prison.

According to the source, after the surge, an electrical wire broke and fell on a bunk where inmates were sleeping.

Five inmates are believed to have been killed and a number of others are being treated in the hospital clinic.

The authorities are still investigating the incident.