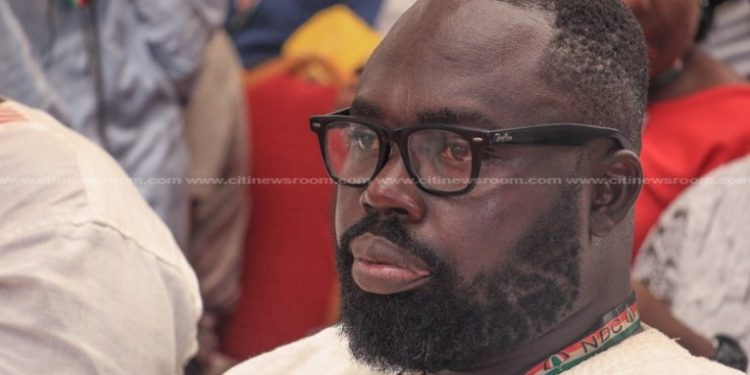 The Deputy General Secretary of the opposition National Democratic Congress (NDC), Peter Boamah Otokunor, has disagreed with the Electoral Commission’s (EC) decision to introduce a new voters’ register ahead of the national polls in 2020.

The EC, in its move to compile a new voters’ register, has requested for GH¢444,846,663 and is seeking budgetary approval from Parliament to enable it execute this plan.

But Mr Boamah Otokunor, while speaking on Eyewitness News on Wednesday said it is unnecessary for the government to spend such amount on compiling a new register while there are bigger problems to be solved, and hence, called for its rejection.

“The need to reject this attempt to introduce a new register is a collective public responsibility. It is a communal labour that all of us must join hands to make sure that we achieve. The reason is that it has core implications to the economics and the livelihoods of the people of this country. Nurses and teachers are on strike. There are so many economic demands that this government will need to invest money.”

Meanwhile, the New Patriotic Party (NPP) has welcomed the Electoral Commission’s move for a new voters’ register as long as it is the most efficient option available.

Yaw Buaben Asamoa, the Adentan MP and Communications Director of the party said the NPP will remain open to dialogue and the EC’s point of view.

The EC’s decision for a new register came after an Inter-Party Advisory Committee (IPAC) meeting earlier this year with reasons that the existing register is not credible enough for the general elections in 2020.

Justifying this decision, Director of Elections at the Commission, Dr. Serebour Quaicoe insisted that the current register should be replaced to make it more capable of tackling the verification challenges that occur during elections.

He also explained that the said amount is not only for the procurement of equipment but to among other things cater for the full cost of registration.

NDC must not complain about EC’s decision

Social commentator Sydney Casely-Hayford had earlier lamented the government and its main opposition party’s sense of entitlement on matters having to do with the introduction of the new electoral register.

After the NDC’s agitations over the Electoral Commission’s move to compile a new voters register, Mr. Casely-Hayford stressed that the NDC is wrong.

“The EC is the one who is mandated constitutionally and by law to make changes to the register which she [EC Chairperson Jean Mensa] believes should be used for conducting elections. So if she has decided that she is going to do it and she has been courteous enough to inform you that this is what I will be doing, you have no right to disagree and say we don’t accept that you should do it,” he argued further.