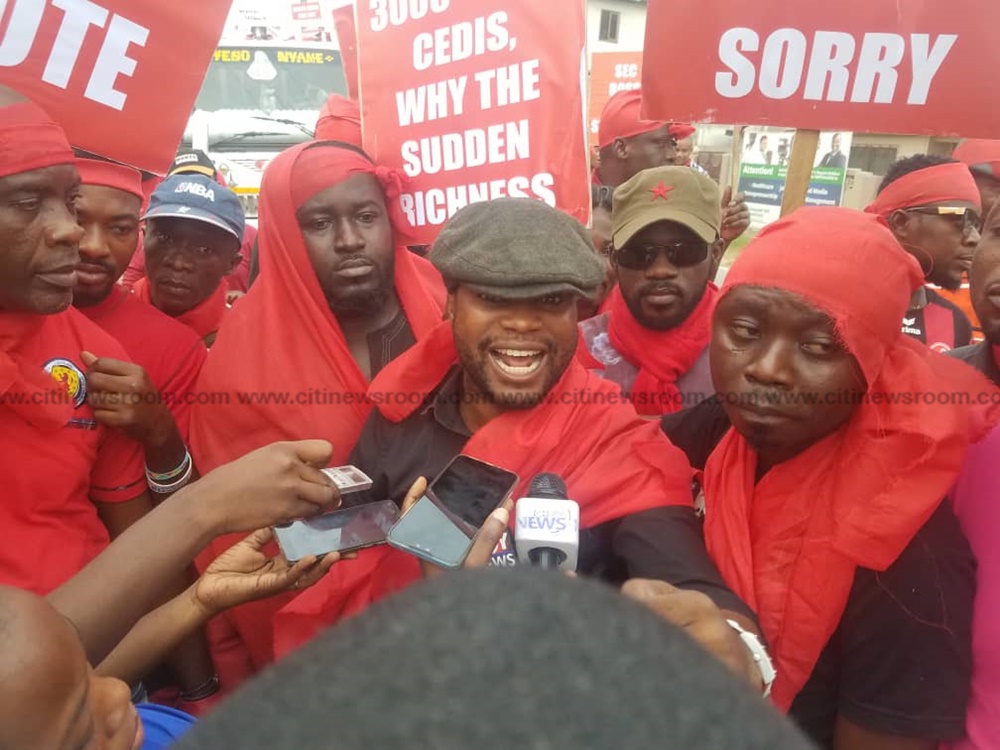 Customers of Menzgold Ghana Limited have vowed to kick against any payment plan that fails to promise a 100% retrieval of their locked up investments.

This was contained in a letter addressed to the management of the gold dealership firm following calls from the latter for customers to submit recommendations on how payment should be made.

Clarifying the stance of customers in an interview with Citi News, spokesperson of the coalition of aggrieved customers of Menzgold, Fredrick Forson indicated that his outfit will only rescind its decision if a meeting is scheduled between the management of the company and the customers.

“With the latest call on the leadership of customers for their contributions towards payment; that is not bad. So as leaders, we also had an emergency meeting and have submitted our inputs to the management. But we still stand by our position that from now to December 18, we can still meet with them on the payment plan. But if they are unable to do that, then they should pay 100 percent across the board to all customers by the end of December. This is a unanimous decision by all the customers. So anything short of that will not be accepted. “

Channel concerns on payment modalities to us – Menzgold to customers

Menzgold has asked the leadership of groups formed by its customers to solicit inputs from the disgruntled members as it works on the modalities to pay back locked up investments.

The appeal also comes at a time the aggrieved customers have expressed disappointment over the company’s decision to announce plans to publish a payment schedule without their views.

Citi News sources close to the company revealed that there was an internal auditing process to pave way for a validation exercise.

The company scheduled October 28 to November 28 as the period for the exercise which will take place at designated venues in four regions, which are: Greater Accra, Central, Ashanti and Western.

But some customers of Menzgold mounted pressure on the company to announce a detailed payment plan.

According to the customers, this is the only way they can repose confidence in the company to refund their locked up investments.

NAM1 in court; accused of bagging GHc1.68bn from customers

The charge sheet indicates that Mr. Appiah Mensah’s two companies — Brew Marketing Consult and Menzgold Ghana Limited; represented by him, have also been charged with defrauding by false pretence, contrary to sections 20 (1) and 13 (1) of the Criminal Offences Act, 1960 (Act 29).