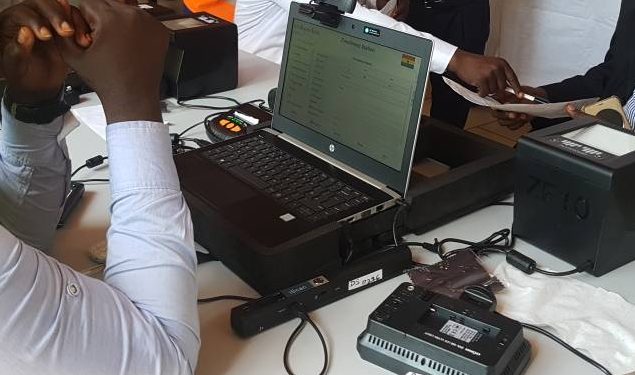 The National Identification Authority (NIA) has so far registered 5.9 million (5,907,536) people as at the end of 2019 in the ongoing nationwide mass registration exercise.

Data from the NIA reveals that 3.3 million (3,323,839) of the printed cards have been issued to registrants while persons who did not receive their cards can pick them up at designated places.

The exercise which currently ongoing in the Ashanti Region has so far registered one million (1,015,259) people in the region as at the end of 2019.

Meanwhile, the NIA has extended the mass registration exercise throughout the Ashanti Region from January 10 to 16.

The extension is intended to restore the two registration days lost in December last year (27 and 28) because of the Christmas holidays.

A statement issued by Assistant Commissioner of Immigration (ACI) Mr Francis Palmdeti, the Head of Public Affairs of the NIA, said the extension also took into account the challenges it encountered in the first two days of the exercise in the region.

It said the move would also enable many prospective applicants in communities across the region who could not register because of the late arrival of some registration equipment to do so.

“NIA is concerned about the disturbing phenomenon of unusually large numbers of persons whose applications are ‘Awaiting Decision’ or have gone into ‘Adjudication’ and, therefore, have not had their cards printed and issued to them in the Ashanti Region.

“This situation frequently arises from discrepancies in the current versus previous biographic data of an applicant, particularly conflicts in date of birth, the spelling of names, change of names and addition of names without the requisite legal documentation backing them.

The net effect of this situation is that tens of thousands of applicants are unable to get their cards and vouch for their relatives.

The statement indicated that the NIA’s technical system was sensitive and robust enough to detect slight variations in biographic data, as well as acute similarities in biometric data between two or more individuals.

“The system is designed to ‘arrest”’ all suspicious registrations in order to ensure that our National Identity Register is credible and dependable,” it said.

The NIA said adjudication and release of the cards of applicants with relatively “minor issues” are currently underway, and thousands of such cards have been printed and are ready for issuance.

In addition, it is the expectation of the NIA that registration on the 16th and final region in the Eastern Region starts by late February to mid-March this year.

Meanwhile, it said the leapfrogging technique, which has been in use since the start of the mass registration exercise in the Greater Accra Region on April 29, last year, should help ensure that every nook and cranny of the Ashanti Region is covered.

It said that although not every eligible Ghanaian can be registered during the mass registration phase, the NIA seeks to register 80% of the population aged 15 and above.

Therefore, the remaining registrable population of Ghanaians under 15, would be registered after the mass registration exercise.

More so, NIA would establish permanent NIA offices in each region, municipality and district by the middle of March, to ensure continuous registration.

It said prospective applicants will, at their leisure, visit NIA offices and get registered at no cost.

This way, all Ghanaians aged zero to infinity will be registered.

It noted that the co-location arrangement should enable applicants doing business at any of those offices to also register for the Ghana Card with ease and at no cost.

The authority entreated Ghanaians to provide evidence of bribery and corruption allegedly being perpetrated by some NIA registration staff to the appropriate quarters for investigation and the necessary action.