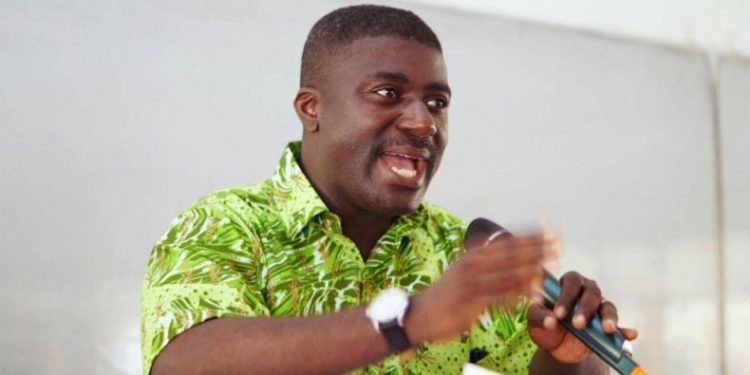 The Electoral Commission (EC) says it is ready to engage the various political parties, especially those opposing the decision to compile a new voters’ register ahead of the national polls this year [2020].

In as much as most of the parties in the country are backing the decision for a new register, a total of eight opposition parties are against the move and have vowed to use any means possible to have the EC abort the plan.

They embarked on a massive demonstration in Tamale last Saturday with an assurance to stage such exercise in Kumasi and Accra in the coming days.

But speaking to Bernard Avle on the Point of View on Citi TV, the Deputy Chairperson of the Electoral Commission, Dr Bossman Asare said the Commission is always open to discussions with the various political parties with regards to the new electoral register.

“As far as the EC is concerned, our doors are open. We will still engage the parties. Very soon, we will have an IPAC meeting to call on the parties for us to look at the modalities; how we are going to do it. So we wish that all the parties will come on board. If there are certain ways we can do certain things to mitigate the concerns of others, the EC is ready to do that,” he stated.

Parliament has approved about GHS390 million for the EC to procure a new biometric system which has facial recognition technology and also compile a new voters’ register this year.

The EC had explained that the current register is bloated while the existing biometric system is outmoded and expensive to maintain hence the need to go in for a new one at a cheaper rate.

But the National Democratic Congress (NDC) and seven other parties believe the decision is ill-timed, defies logic and wasteful expenditure.

The Electoral Commission is however bent on compiling the register regardless of the concerns.

“The EC started the YES argument and we had some others who came along the YES line. Thinking of the Commission, what is very clear is that, we have to do the right thing. There are certain things you may do that the public may not like but you are in charge and you understand what the experts are saying,” Dr Bossman Asare noted in the interview.

Over the weekend, about eight political parties opposing the new voters’ register took to the streets of Tamale in the Northern Region to express their disappointment against the move by Electoral Commission (EC) to compile a new electoral roll ahead of the 2020 general elections.

Clad in red, the hundreds of demonstrators marched through principal streets of Tamale singing, chanting and wielding placards with inscriptions such as ‘Nana Bring Back Ndoum not register’, ‘Jean Mensah your days are numbered’, ‘Mr President why GHS443 million’ to indicate their opposition to the EC’s decision.

Coalition of Political Parties for ‘YES’ to a new register

The parties, who as a group is known as the Coalition of Political Parties for ‘YES’ to a new register, believe the EC has made a solid case for a new register in terms of cost, time and credibility.