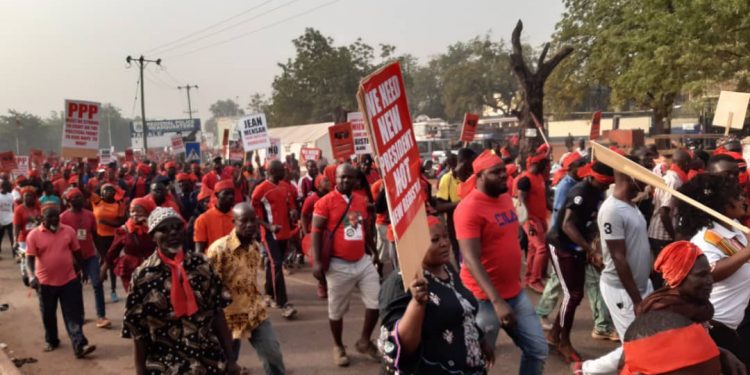 Eight political parties opposing the new voters’ register in Ghana have taken to the streets of Tamale in the Northern Region to express their disappointment against the move by Electoral Commission (EC) to compile a new electoral roll ahead of the 2020 general elections.

Clad in red, the hundreds of demonstrators marched through principal streets of the capital singing, chanting and wielding placards with inscriptions such as ‘Nana Bring Back Ndoum not register’, ‘Jean Mensah your days are numbered’, ‘Mr President why GHS443 million’ to indicate their opposition to the EC’s decision.

Leaders of the main opposition NDC have stated that the decision to compile a new register is ill-timed and will be a wasteful expedition.

The Deputy General Secretary of the NDC, Peter Boamah Otokunor at a press conference on Friday called on the public to join them in the protest to express their outrage over the moves by the EC. 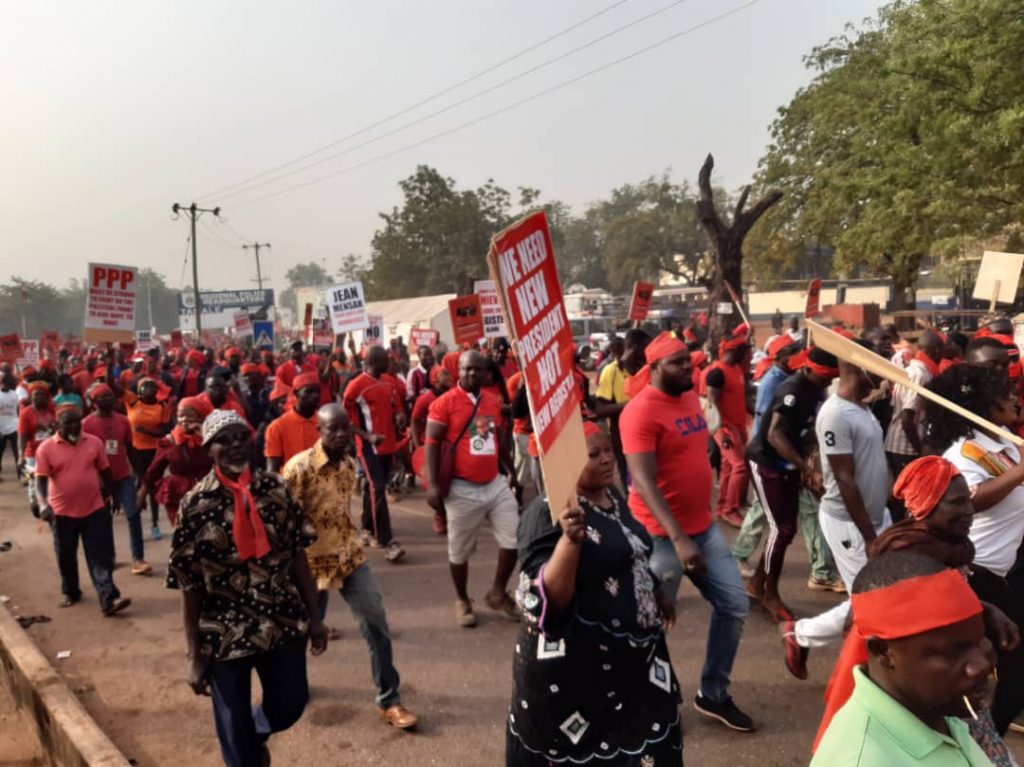 The leaders of the group staging the “Tikusayi” demonstration in Tamale known as the Inter-Party Resistance Against New Voter Register have planned to stage two more of such exercises in Kumasi and Accra in the coming days.

The General Secretary of the NDC, Johnson Asiedu Nketiah told Citi News, they will go all lengths to ensure that the EC does not go ahead with the move.

“We will never agree for our democracy to be toyed with. This is the beginning of the long drawn battle to protect the democracy. We are calling on everybody to get up because peace is something that you need to struggle for and this is the beginning of the struggle for peace in this country. From here, we will be moving to Kumasi, we will move to Accra and we will move to the presidency. Whatever it takes to pump a little bit of sense into the head of Jean Mensa and her cabal, we will do it,” he said.

Meanwhile, Parliament has approved about GHS390 million for the Electoral Commission to compile the new voters’ register.

The EC believes a new register will be more credible and efficient than the existing one and has insisted that it also needs to replace its outmoded biometric machines for new ones that will accommodate a facial-recognition technology.

The Director of Elections at the EC, Dr. Serebour Quaicoe justified the plans saying there was a need to tackle verification challenges that occur on Election Day. 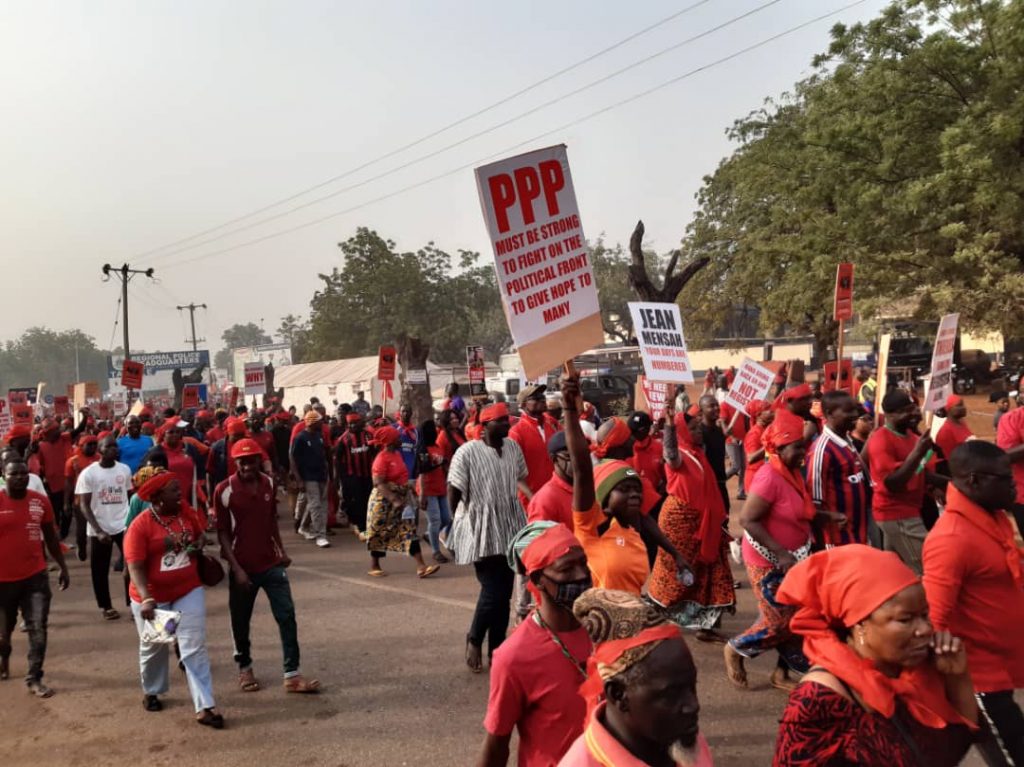 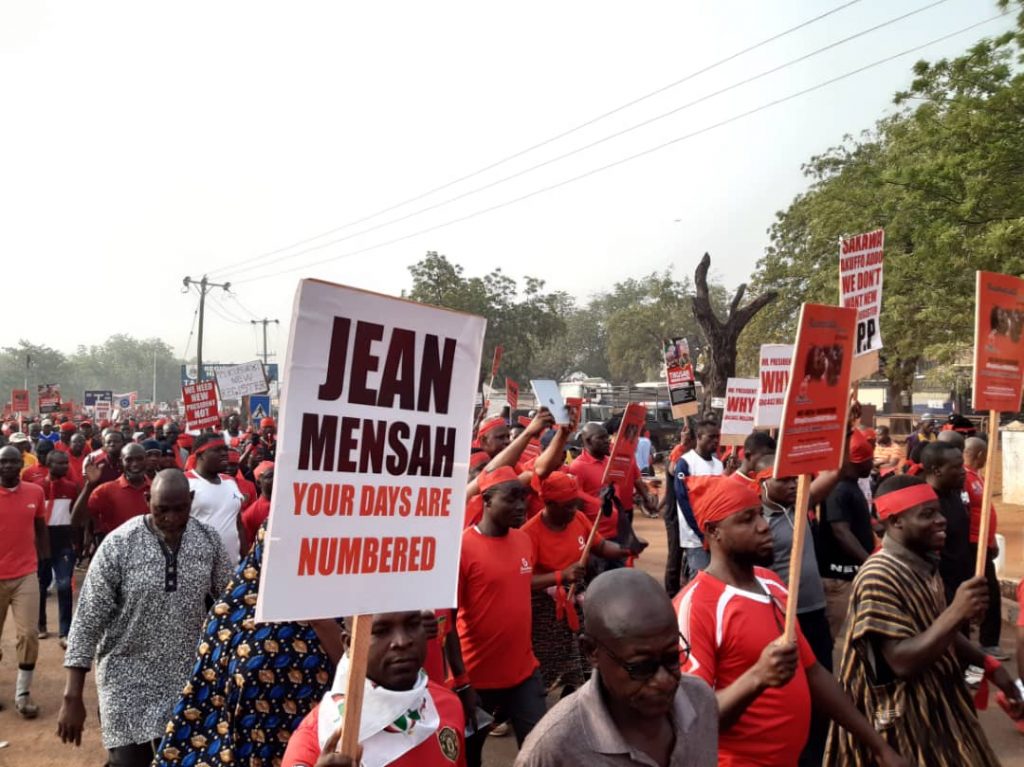 But some analysts are opposed to the move, suggesting that the EC rather embarks on the process in 2021 since it may not be possible to build a new register and introduce a new system barely before elections are held later in 2020. 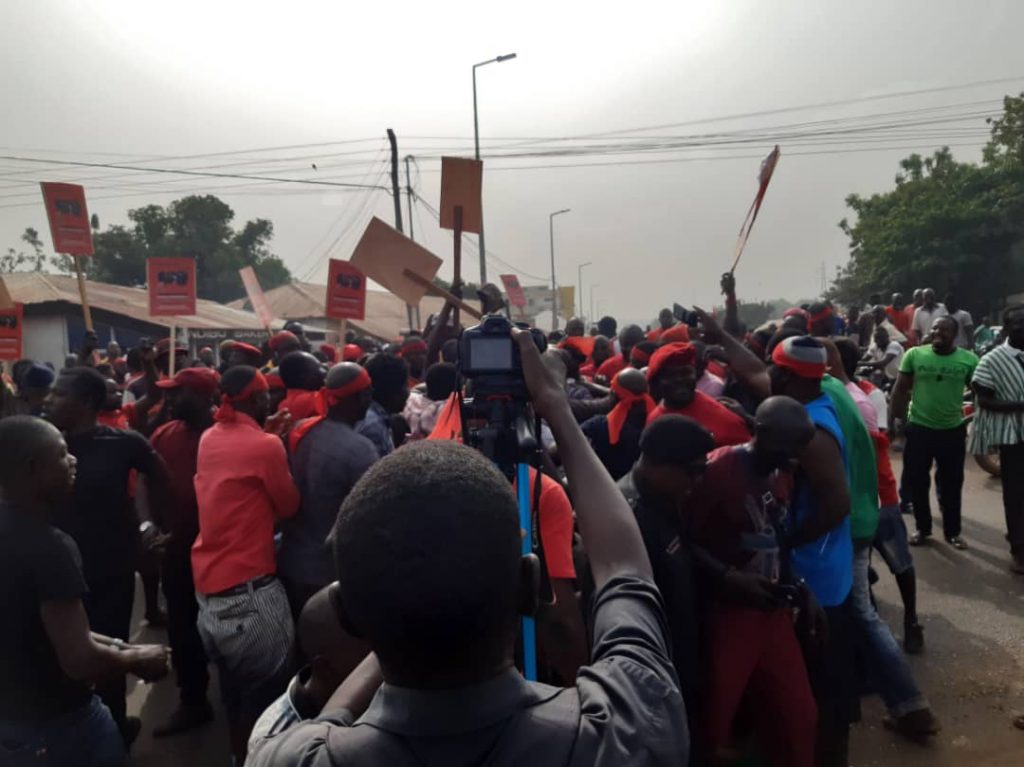 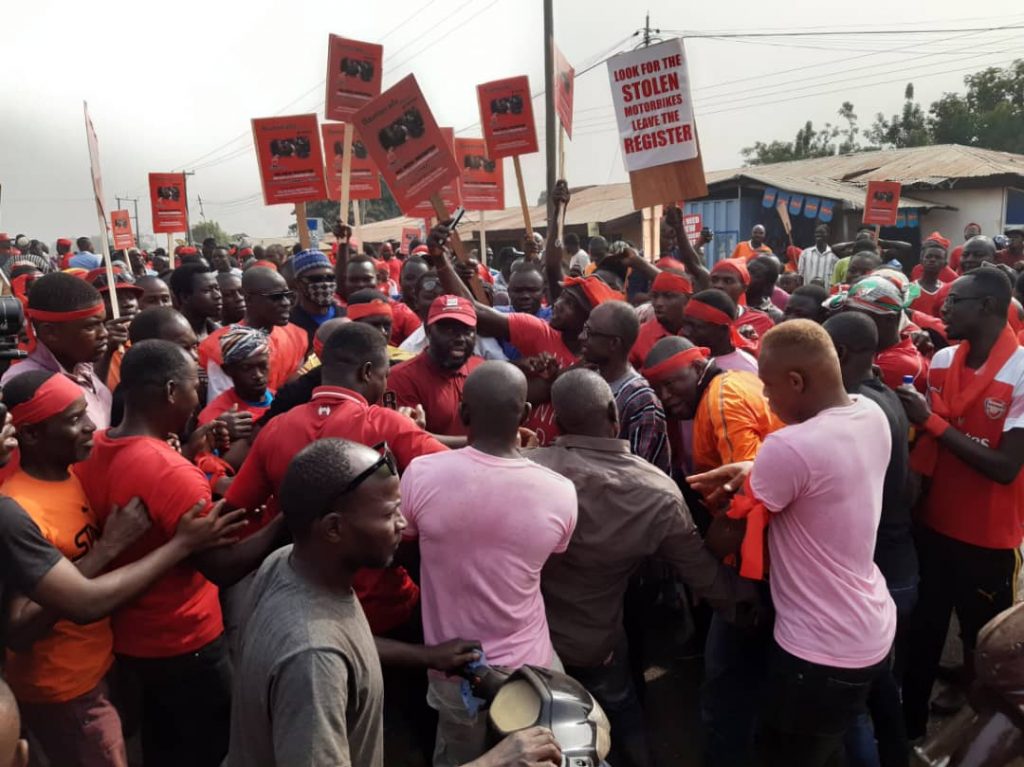 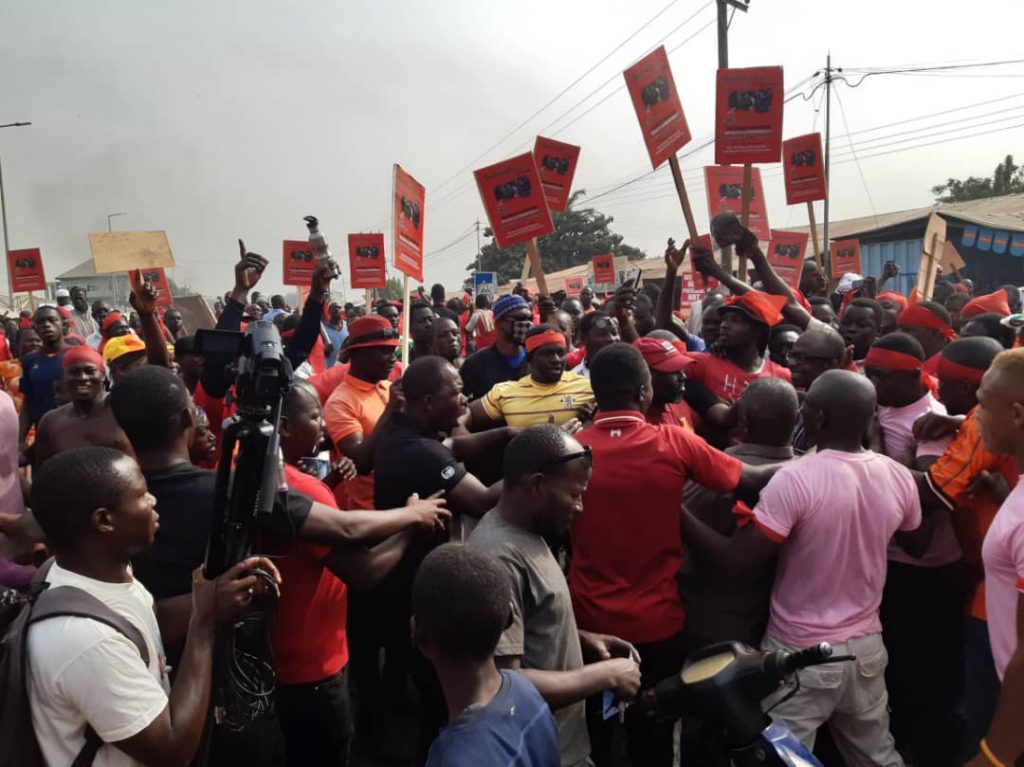