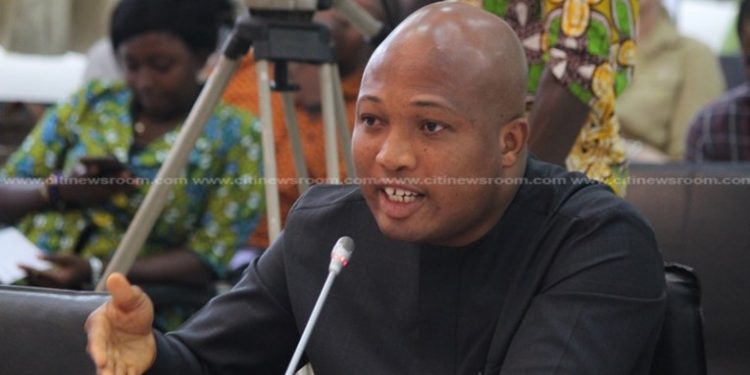 A Ranking Member on the Foreign Affairs Committee of Parliament, Samuel Okudzeto Ablakwa, is unhappy that Ghanaian students in Wuhan, China have not yet been evacuated despite the spread of the novel coronavirus.

So far, the Ghanaian Embassy in China has been supporting Ghanaian students with food supplies, although some countries have evacuated their nationals in China.

Speaking on Eyewitness News on Thursday, Mr. Ablakwa, who also doubles as the North Tongu MP said the evacuation is long overdue.

“You need to reach out in this time of considerable anxiety and chaos. More so, we are probably among the few countries who have refused to evacuate our nationals.”

“Last week, I put out a statement. I urged authorities to follow the examples of countries like Tunisia, the UK, and evacuate our nationals. Now, the matters have gotten worse. As of last week, the death toll was under 200. Now, it’s approaching 600 and the situation is getting out of hand,” he lamented.

Meanwhile, Chairman of the Foreign Affairs Committee of Parliament, Frank Annoh Dompreh, has said the government was doing the needful to ensure the safety of citizens in China.

But he could not provide timelines to the government’s plans for the students.

“So I believe from my checks I’ve done at the ministry, clearly, government is monitoring the situation and very frantic efforts are underway to do the needful but I’m unable to tell what stage they are and what the indications are as to whether the students will be brought back home,” he stated.

Ghanaian students in the Chinese city of Wuhan keep reiterating calls on government to evacuate them as they face depleting food supplies amid an ongoing shut down of the city.

The students say they are yet to receive food and protective items despite the release of almost GH₵40,000 by the Ghana Embassy in Beijing.

Some of the students in an interview said: “…the little foodstuff we have is what we’ve been surviving on. For instance, if you’re someone who eats three times a day, you would have to eat once a day so you’ll be able to survive with what you have. So the message is just one. We need evacuation.”

Meanwhile, Ghana has so far recorded nine suspected cases of coronavirus since the outbreak started in China.

According to the Ministry of Health, all the suspected cases have turned out to be negative.

The sector Minister, Kweku Agyeman-Manu in a statement he signed on Thursday, February 6, 2020, said the nine include the two suspected cases that were reported at the Korle-Bu Teaching Hospital on Wednesday.

He said the government through the Health Minister and the Ghana Health Service are doing all it takes to ensure that the virus is not imported into the country.

Over 28,000 cases of coronavirus have been confirmed globally, with 565 deaths confirmed so far, the majority of which has occurred in China.

No African country has recorded a case of coronavirus yet.