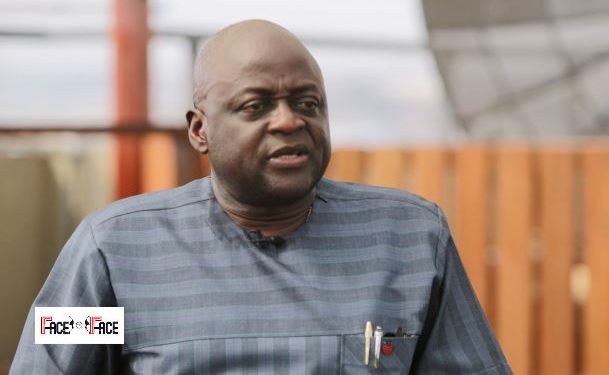 Management of the Ghana Railway Development Authority has disclosed that feasibility studies on the proposed sky-train project in Accra have been completed.

Chief Executive Officer (CEO) of the Authority, Richard Diedong Dombo has assured that government will begin implementation of the project after scrutinizing the report it has received.

“The sky trains are on an elevator platform rather than underground. They will be running on platforms over the city of Accra. It will be a community train and not an intercity-one. At the moment, the visibility studies have been completed and it is being studied before the contract is signed,” he said on Eyewitness News.

The government in 2019, signed an agreement with a South African group, Africa Investment (Ai) SkyTrain Consortium, for the construction of the Accra Sky Train Project.

This was to solve the ever-increasing road traffic congestion in Accra, with its detrimental effects on economic activity, pollution and the quality of life.

‘Don’t be cynical, we are daring to be different’ – Joe Ghartey

Minister for Railway Development, Mr. Joe Ghartey has reiterated Government’s resolve to see to the completion of the Sky train project only if Government becomes satisfied with the terms and conditions available by the company in charge of the project.

According to him, government was not paying for the feasibility of the project, but only liaising with other Government agencies to grant the company behind the Sky train project access to complete its feasibility studies for the project.

Mr. Joe Ghartey explained that the cynicism the project has been met with, won’t deter his ministry’s resolve to ensure the Skyline project is realised in the best interest of Ghanaians likening the project to the building of the Akosombo dam by Ghana’s First President, Dr. Kwame Nkrumah adding that, the dam was met with the same level of cynicism.

“Everything starts with an idea. When Kwame Nkrumah started Akosombo, they said it was a dream. We dare to be different. What it is, is that we are still going to negotiate in the best interest of Ghanaians,” he said.

SkyTrain systems are pre-fabricated using precision moulded, pre-stressed reinforced concrete components that are capable of being installed at a very rapid rate, meaning that there is minimal disruption and congestion in the urban area that is undergoing installation and commissioning.

The proposed SkyTrain initiative in Accra provides for the development of five routes, four of which are comprised of radial routes that originate at the proposed SkyTrain Terminal, at the heart of Accra, at a newly developed Kwame Nkrumah circle, and one route that provides and intra-city commuter loop distribution service, also emanating from Circle.

The Project envisages a total track length across all routes of 194 kilometres.