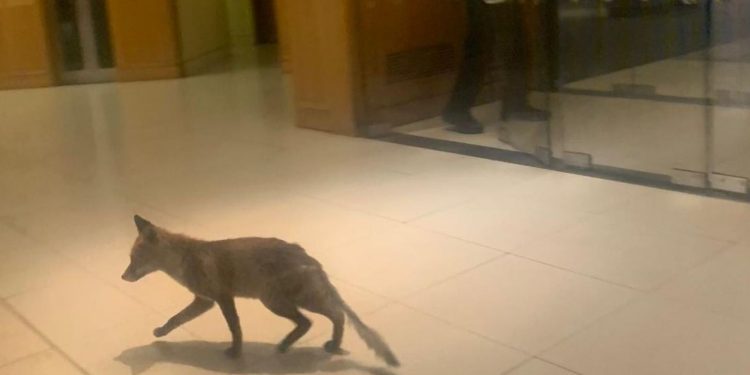 A cunning fox has managed to break into the UK’s parliament and evade capture from the authorities.

The mammal was spotted climbing an escalator into the main building where MPs’ offices are.

It was spotted by staff wandering round Portcullis House, having out-foxed police and security guards and made it as far as the cafe and then up to the fourth floor.

“We have seen some strange things in Parliament since 2017, but this tops it!”

Labour MP Karl Turner managed to get a snap of the wily creature sneaking past a high vis-clad police officer.

“This little fella must know that Boris Johnson is planning to let rip with filthy fox hunting,” he posted.

Droppings were also spotted after the fox’s political adventure.

“So apparently there was a fox running around in Portcullis House atrium about half an hour ago, and now I’ve just found this outside my office (2 floors up!) #Foxontherun,” Labour MP Kerry McCarthy tweeted.

The SNP’s Alison Thewliss was more practical, commenting: “If the fox is willing to eat the mice and rats in Parliament that might actually be a useful development.”

Footage, later on, showed the fox being removed from a building in a blue box, before being released onto the pavement next to the River Thames.