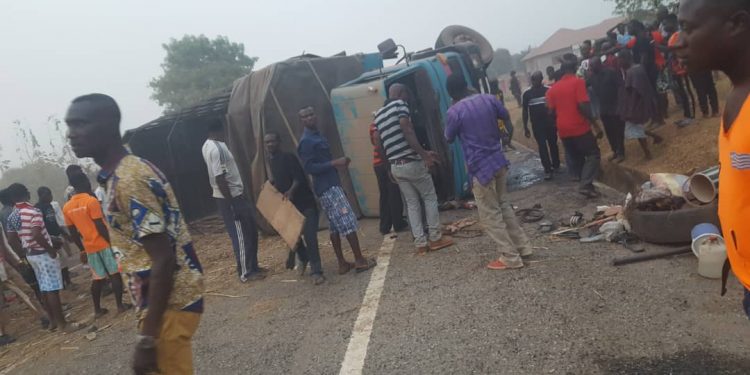 Nine persons have been confirmed dead following a road crash at Monkra between Dambai and Kete Krachi in the Oti Region on Saturday (February 15, 2020).

51 others in critical condition are receiving treatment at the Krachi District Hospital.

The Kete Krachi District Police Command has noted that the victims were returning from a funeral when the incident occurred.

“The accident involved a Rhino cargo truck conveying mourners from a funeral grounds to their hometown. When they got to the Monkra junction, the driver realized that there was a mechanical defect, so he veered off the road and the vehicle turned on the other side. On the spot, three were reported dead and 57 were sent to the hospital. As we speak, six of them have also died bringing the death toll to nine. The others have been admitted and are receiving treatment.” 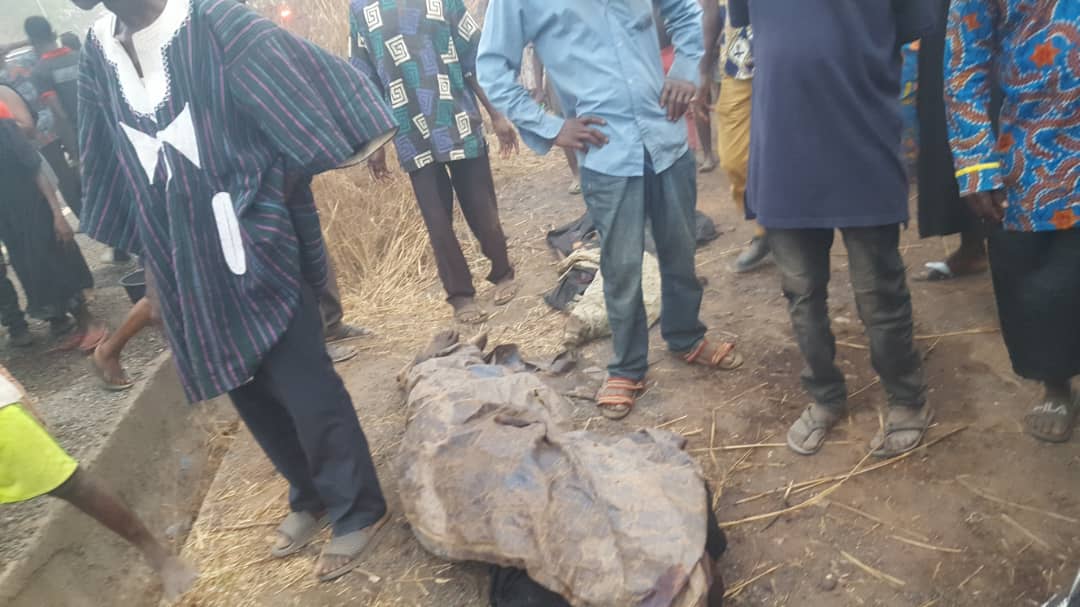 This year has recorded multiple accidents leading to the death of some Ghanaians.

As a result, the National Road Safety Authority has begun investigations into most of the deadly road crash adding that “multi-disciplinary” investigations will inform the next line of “remedial actions and measures” to prevent future instances of such road crashes.

The Authority has over time also cautioned motorists and the public to be mindful of their personal safety and that of other road users.

Government intends to dualize major roads in the country to tackle carnage on our roads.