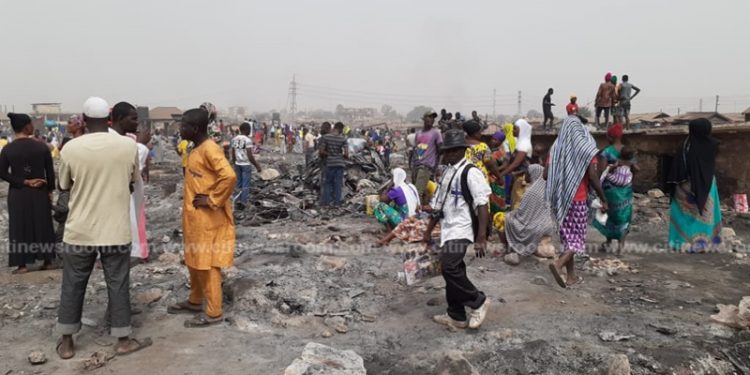 Preliminary investigations show that over 13,000 persons have been displaced while about 1000 structures have been destroyed as a result of Friday’s fire outbreak at Dagombaline in Kumasi.

Disclosing the details of the inferno to Citi News, Municipal Director of the National Disaster and Management Organisation (NADMO) for Oforikrom, Awudu Mohammed observed that no life was lost.

He added that the organization is still assessing the extent of the damage to forward to the Regional NADMO office to determine the necessary assistance to be given the affected persons.

“In fact, we heard about the fire yesterday in the night and some of the personnel came here this morning. Our preliminary investigations show that we have about 1,000 stalls that have been burnt down by the fire and it has displaced about 13,000 or so people.

“However, we are yet to do a vigorous assessment by NADMO itself to see if what the people are saying is true or not. There was no casualty just that the situation is too big for the Municipal to handle, so we will take our findings to the region and then the region will take it up to the national for them to know what they will do.”

The structures that were gutted by the fire are part of about 200 clustered ones inhabited mostly by head porters and scrap dealers in some metal containers.

It was reported that three fire tenders are currently at the scene and trying to access the source of the fire to fight it.

This is not the first time fire has gutted structures at the slum. 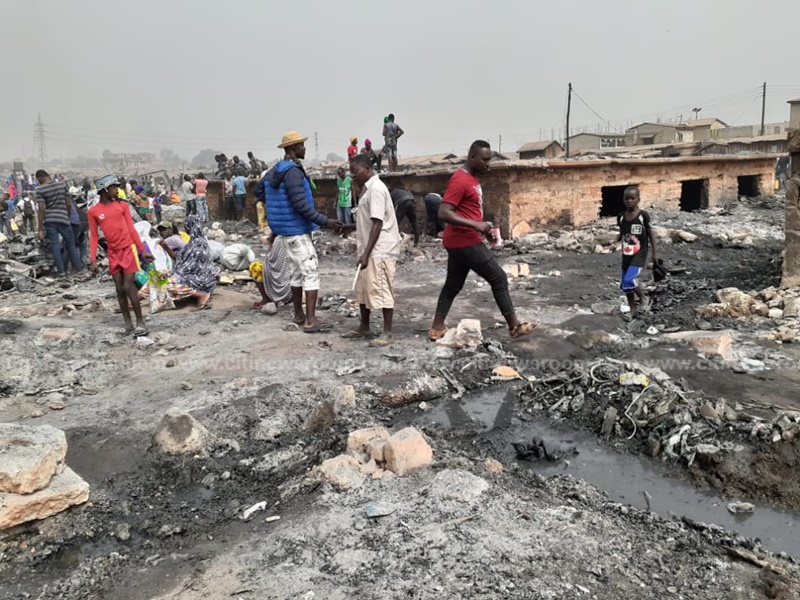 Victims cry out for help

Meanwhile, some of the affected persons have called on authorities to come to their aid as early as possible.

“I am pleading with the authorities to come to our aid. This is where I live with my three children so I need urgent help.”

“We have lost everything. All my savings of about GHS 4,000 is also gone with my other properties. We need assistance as soon as possible”, another said. 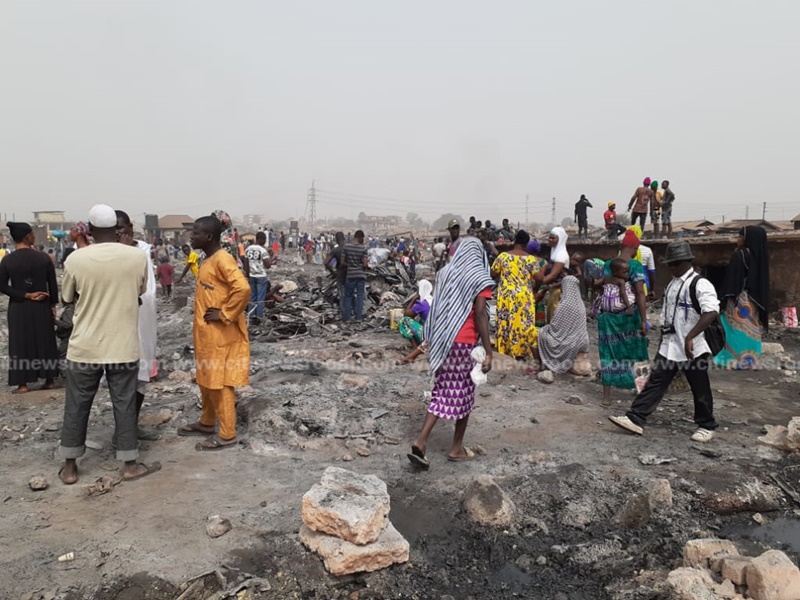 On her part, the Municipal Chief Executive of Oforikrom Gloria Temah Gambrah who visited the affected persons told Citi News the Municipal Assembly will make arrangements and present some relief items to them.

“Looking at the circumstance now, we have to come and support the people living here as an assembly. We have had a discussion with the leaders here. We will come back again and give them some relief items. A lot of people have been affected by this disaster, so we have to come to their aid.”