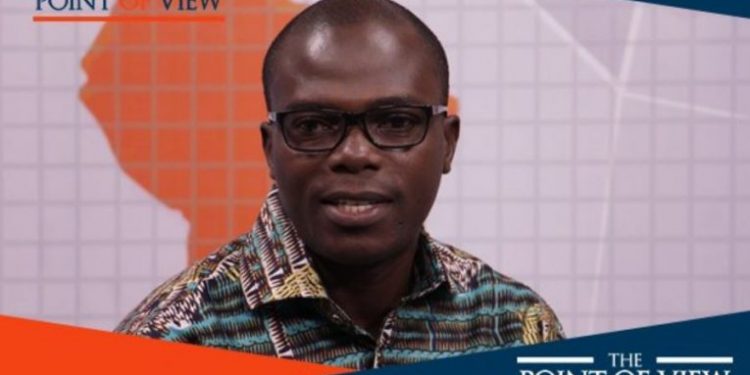 The Executive Director of the Media Foundation for West Africa (MFWA), Sulemana Braimah, says the Speaker of Parliament, Professor Mike Oquaye “went overboard” with his ruling on how journalists should work during parliamentary proceedings.

This comes on the back of the summoning of the Dean of the Parliamentary Press Corps and the Director of Public Affairs of Parliament by the Speaker following a complaint from the Majority Leader of the House on Wednesday.

The Majority Leader complained that the journalists had abandoned proceedings in the House to cover a press briefing by the Member of Parliament for Ellembele, Emmanuel Armah Kofi Buah.

Delivering his ruling, the Speaker indicated that he would not hesitate to declare journalists as strangers to Parliament if due coverage was not given to the proceedings of plenary.

“It is forbidden [for journalists]…to abandon the permission given them to cover proceedings in this House and go outside the Chamber itself and do some other work…I have reminded you of the fact that you are here as guests by my permission because of the importance this House attaches to the inky profession. Any such humiliation will make you an unwelcome guest and your welcome will be duly withdrawn,” the Speaker said.

But Mr. Braimah, on Eyewitness News on Thursday, described the Speaker’s ruling as a breach of the country’s constitution if imposed.

“I would say that the Speaker has gone overboard and if what he said were to be enforced, it would certainly be a breach of our Constitution. If you look at the provisions of Chapter 12, Article 1 talks about the fact that not just the freedom of the media but the independence of the media is guaranteed. The next point talks about the fact that there shall be no censorship which means that nobody should dictate to the media about what they can or cannot write or say. Added within the same chapter is a provision that talks about editors.”

“In the course of doing their work, they shall not experience any interference or attempt at controlling them and they shall not be punished or harassed in terms of the views or editorial positions that they take. In terms of editorial positions, journalists and their editors determine what is newsworthy or not. So I think that the business of Parliament is to the Speaker, and the business of journalists is to the journalists and their editors. I think that our independence should be recognized,” he said.

Members of the parliamentary press corps following the saga at Parliament have expressed their displeasure with the development.

While some complained that Prof. Oquaye was trying to interfere in their work following his ruling, some also demanded an apology from the Majority Leader.

Mr. Kyei-Mensah-Bonsu, however, said the calls for an apology were unfounded as he is not obliged to apologise for reporting the perceived misconduct of journalists to the Speaker of Parliament.

“I am really flabbergasted by this attitude. I have taken pain to explain what really transpired and for you to tell me the rules of the game that we all subscribe to, my own thinking is that you are a bit going out of bounds. As I said the Minority Leader added his own words to it. The Speaker encapsulated it. Then you are saying that for what we have done we owe you an apology, respectfully I do not,” said the Majority Leader.

Parliament also downplayed the suggestions that the Speaker was seeking to gag the media with his ruling.

In a statement, the House clarified that the Speaker’s decision was not aimed at stopping the media from doing their work.

The Ghana Journalists Association (GJA) accused the Speaker of Parliament of trying to interfere with the work of the press after his recent threats to members of the Parliamentary Press corps.

The GJA in a statement described the threats as unfortunate and “an affront to media freedom and free speech.”

The Association, in its criticism, also said that it will “not countenance any action that attempts to take away the media’s right to inform the people’s right to know.”