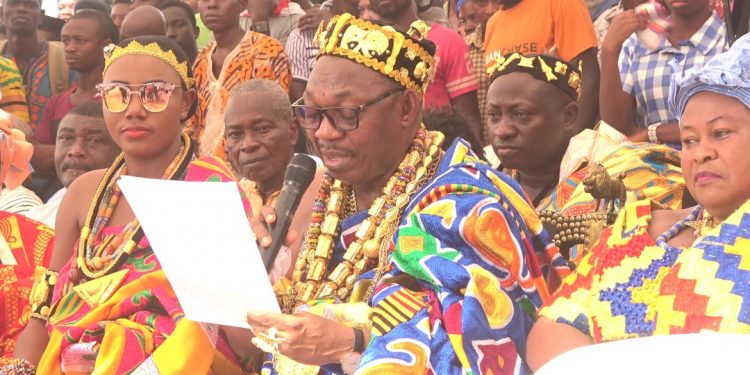 Justice Honyenuga in his welcome address to President Akufo-Addo at a durbar of chiefs and people of the Afajato South District had commended the President for various developmental policies introduced under his leadership.

He said “with the vision of the President and the gains made in his first term, Ghanaians may consider giving him another four years” to the loud cheers of people at the durbar grounds.

The Secretariat in a statement signed by the Volta Regional Chairman, Henry Kwadzo Ametefe said the endorsement violates the Judicial code of conduct.

“While taking due cognizance of the fact that Justice Honyenuga may have made those comments in his capacity as a traditional ruler, it is reprehensible and regrettable, especially for a man who is supposed to know our laws better than any ordinary man and to uphold and respect same”.

“Not only is this conduct by the Appeals Court Judge a blatant violation of the Judicial Code of Conduct but it very well sins against the very sanctity of the institution of Judiciary as we know it.”

The Secretariat also called on the Judicial Council and the General Legal Council, the Chairman of which is the Chief Justice himself to take judicial notice of his actions and “take appropriate action.” 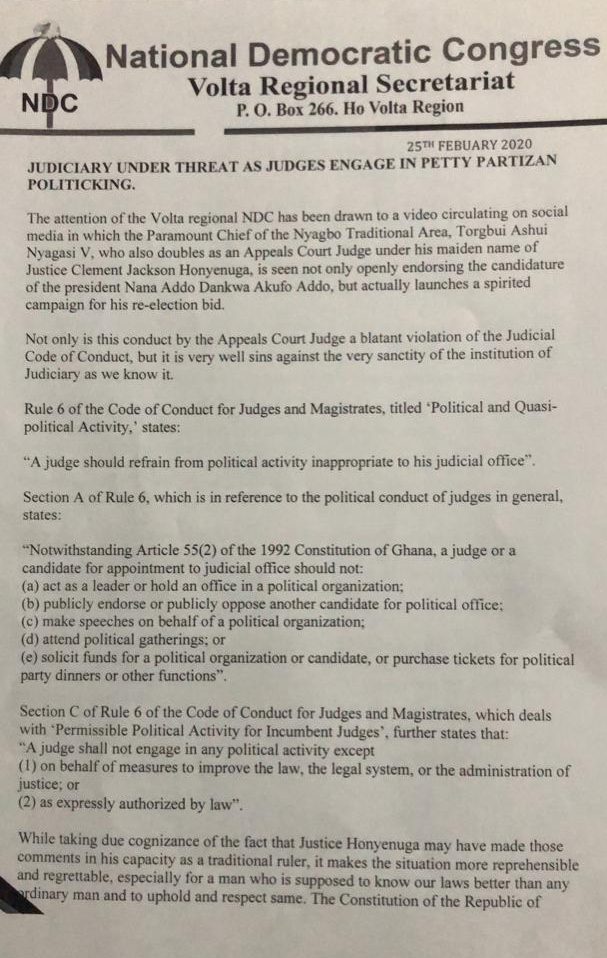 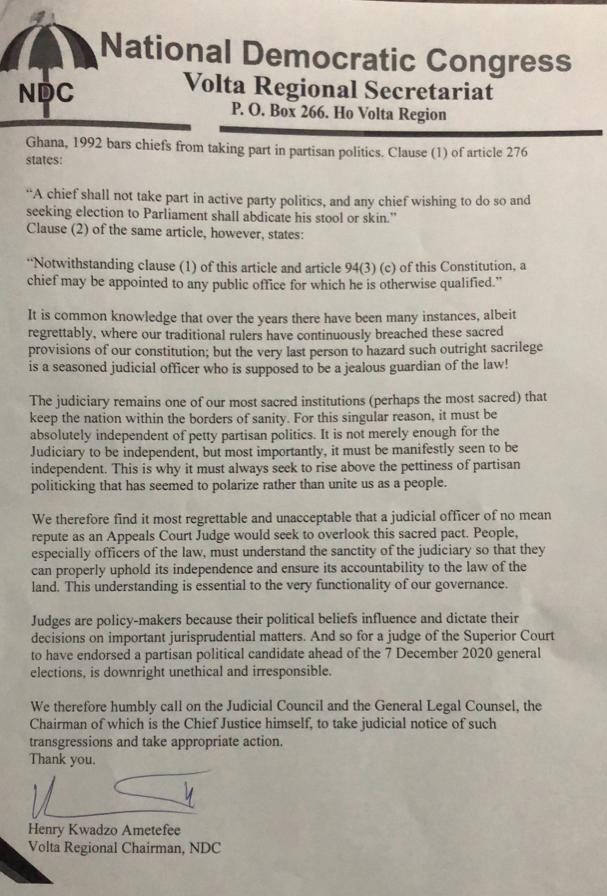