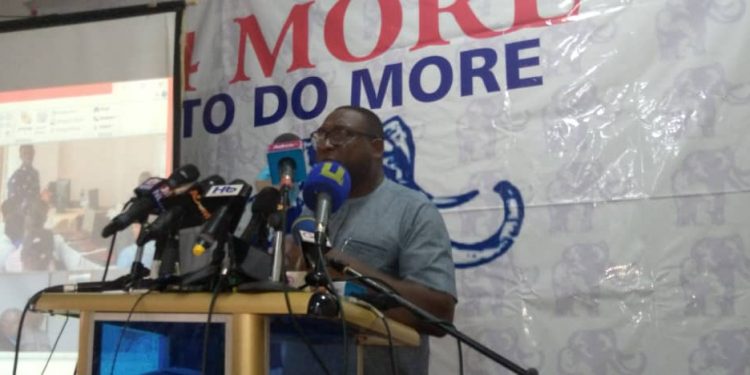 The governing New Patriotic Party (NPP) says the fight against illegal mining popularly known as “galamsey” should be depoliticized.

This appeal comes on the back of accusation by the opposition National Democratic Congress (NDC) that the government has failed to deal with illegal mining; a situation that is adversely affecting the country.

Addressing a news conference today, Wednesday, Director of Communications for the NPP, Yaw Buaben Asamoa said all hands must be on deck to end galamsey.

In the past week, the NDC has described the government’s fight against galamsey as a failure because of several actions by government appointees and the issue of missing seized equipment.

But the NPP, on the other hand, has absolved itself from any wrongdoing insisting the fight against the menace is in full force.

The Alliance for Social Equity and Public Accountability (ASEPA) has also petitioned the Office of the Special Prosecutor to investigate alleged corruption in the enforcement of small scale mining laws.

ASEPA wants the Inter-Ministerial Committee against Illegal Mining and the anti-illegal mining task force, Operation Vanguard, to be the focus of the probe by the Special Prosecutor.

In the petition, it highlighted the need for “full investigations into the misappropriation of seized items such as excavators, mining equipment, gold and weapons by the IMCIM through the fight against illegal mining.”

Government not willing to evacuate us - NUGS-China