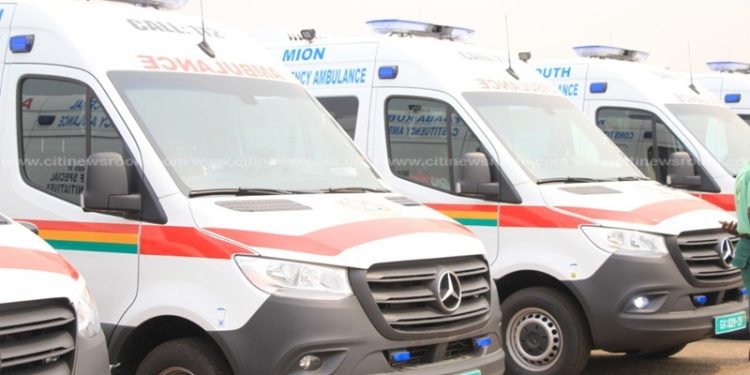 The emergency Technicians at the National Ambulance Service Dispatch Centre have bemoaned the rate at which some individuals deliberately interrupt their work with prank calls.

Matilda Nartey, Head of Dispatch at the centre, in an interview with Citi News, revealed that her outfit records as high as over 200 prank calls in an hour, a situation she described as worrying.

“Prank calls are giving us a very big problem. It is making our work very difficult. Prank callers are just engaging the line to prevent genuine cases from getting to us. Ever since the 112 was launched, within an hour we receive more than 200 prank calls,” she lamented.

She, however, disclosed that measures are being put in place, in collaboration with the Police so that they could name and shame those who engage in such acts as well as prosecuting them.

‘Some call just to insult and some even call to demand money. We’ve been writing all the numbers that have been calling for us to give it to the telcos and also to report to the police. If it will be possible, the individuals behind that could be prosecuted,” she added.

In a related development, it has also emerged that some major hospitals refuse to accept patients brought in during emergencies as a result of what has no become known as the “no-bed syndrome.”

She explained that some hospitals turn away emergency cases because the dispatch centre did not call to brief them ahead of time.

Matilda Nartey also disclosed that in some instances, the hospitals ask them to leave behind their trolleys since there were no beds available for emergency patients at the time they got to such health facilities.

She lamented on how the situation has negatively impacted their work.

“Sometimes the hospitals will tell us we didn’t confirm whether they had beds before bringing the patients and we can be roaming with one patient from one hospital to another. When we are lucky enough to get a hospital, in most cases they tell us to leave our trolleys behind, because there is no bed and this makes our work very difficult, in case of another emergency.”

Late last month, President Nana Akufo-Addo inaugurated the 307 ambulances procured by the government for distribution to all constituencies in the country.

The inauguration took place at the forecourt of the Black Star Square in Accra.