The Electoral Commission (EC) has presented to Parliament a Constitutional Instrument to amend C.I 91 to make Ghana card or passport acceptable documents for registration onto the voters’ register.

Alternatively, persons who have already registered to acquire the new voters’ card can guarantee for others to register.

The Instrument is currently under consideration with the subsidiary legislation committee.

Barring any unforeseen circumstance, the C.I will mature in 21 sitting days. 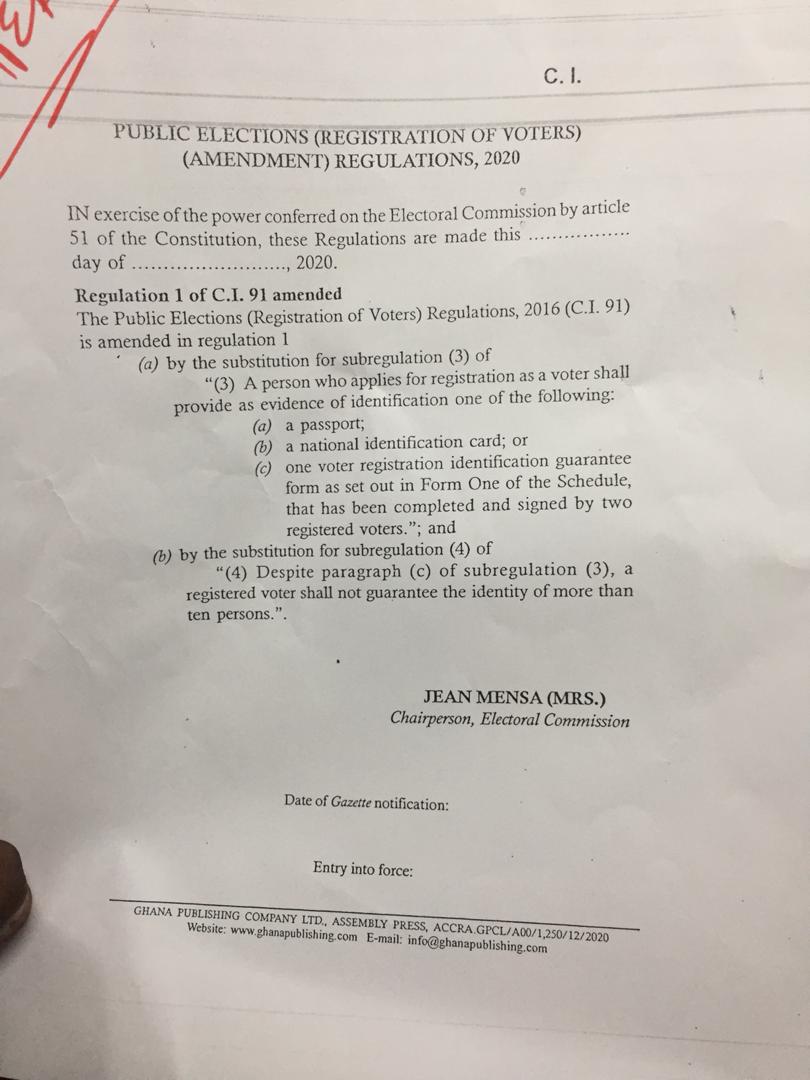 The Commission is set to compile a new electoral roll on April 18 despite intense public and political resistance.

The Inter-Party Resistance Against New Voters Register had already downplayed the EC’s preparedness for the April 18 exercise.

The Resistance has been sceptical of the EC’s ability to conduct the exercise within the limited time available for the December 7 national polls.

‘New Coronavirus patient a Ghanaian who returned from France’ – GHS

'New Coronavirus patient a Ghanaian who returned from France' - GHS