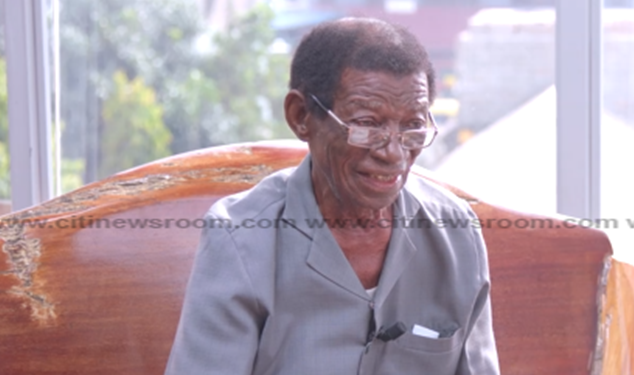 Growing up in Ghana, the way and manner popular quotes and fiction stories were passed on from generation to generation is still a puzzle yet to be thoroughly figured.

For instance, did Ghana really lose a football game to India by 100 goals? Facts recently available disprove some of these claims.

It’s however intriguing how these stories are passed on to generations especially when they were not taught in classrooms, or in the various religious settings.

Music isn’t different. While new music is taught and learnt today, it’s worth noting that many songs sung decades ago are still relevant in contemporary times.

Mr. Samuel Kofi Ampiah popularly known as Elder S.K Ampiah of the Apostolic Church is one of such persons whose songs are still very relevant today, especially for individuals who profess the Christian faith.

Black and grey, people both far and near, and people of different faiths know the words to his songs.

It’s fair to say, Elder S.K Ampiah is a trail blazer and a Christian music doyen. He is an unsung hero who has brought warmth, and joy to many households through his music.

It’s also fair to say aside from probably Ephraim Amu who was an incredibly talented musician and composer, renowned for his Christian and patriotic songs notably, “Yen ara ya saase ni,” Elder Ampiah stands tall among the rest.

Elder S.K Ampiah is in the same league of extremely talented and gifted musicians and composers, together with greats like Professor J.H Nketiah famed for composing the University of Ghana anthem and Mr. Philip Gbeho who is credited for Ghana’s National Anthem.

Elder S.K Ampiah is an all-time great in his field, not only is he the brain behind some of the most popular local Christians songs that have transcended generations, his energy and charisma even at age 95 is blissfully unflinching.  He still writes songs at this age.

Born at Dunkwa-on-offin in the Central Region of Ghana on April 10th 1925, Elder S.K Ampiah started his schooling in Tarkwa at the age of 8 at the Tarkwa Methodist school. He finished his education in 1948.

By age 13, he joined the Apostolic Church and that was the beginning of something special.

“At 90, God is the source of my strength. All the grace is by God, I have done my bit and he has rewarded me,” Elder. S.K Ampiah said in an interview on Citi TV’s morning program, Breakfast Daily.

According to him, he learnt how to play the clarinet at age 12 and was high in demand playing at events, particularly funerals in his community.

He was the first to play an instrument in the Apostolic Church and was later made the Music director.

For a very long time, he composed Christian songs for his Church. Popular musicians, such as Mr. Francis Agyei, Stella Seal and popular Christian bands, Soul Winners and No Tribe have some of the songs written by Elder S.K Ampiah

Although he writes his songs, Elder S.K Ampiah’s compositions are received “through the Holy Spirit” as he likes to put it.

Elder S.K Ampiah is not only an Apostolic Church icon, at the national level, he’s a Christian music veteran.

He has to his credit over 200 songs and still counting.

Churches in Ghana and beyond including my very own, the Church of Pentecost sing his songs in our churches almost every other Sunday.

Mr. S.K Ampiah’s story is different. He is uniquely talented.  Christians in Ghana and beyond are direct beneficiaries of his grace and talent.

All is however not rosy and well as one would’ve expected. Though he is in great spirits and not in need, or handicapped, for a talented man as he is, it is unfortunate that he made close to nothing in terms of monetary gains for his music.

For a music industry in the country were some musicians both gospel and secular, with far less popular songs make millions of cedis and are able to live very extravagantly, it is rather saddening that gems like Elder S.K Ampiah will not make any money off his talent. Very unfortunate. 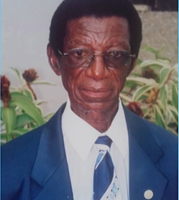 “Back in the day, all the music was done by me, but I was unable to register them. I was teaching people my songs at Church conventions, people will later go on to sing these songs and do videos, I was not given anything. But God is taking care of me, he’s given me long life” He told Kwaku Sintim-Misa when he appeared on the KSM show in September 2015.

“God is taking care of me, I served him dutifully, I haven’t cheated anyone. And I never drank alcohol before,” he added.

Mr. S.K Ampiah is a stoic and an exemplary Ghanaian. We need to tell his story. The next generation must know about him, we need to put a face to all these words that have healed broken people and brought joy to many.

We have a moral obligation to give people like Elder S.K Ampiah his due. He must be celebrated and acknowledged.

Musicians Union of Ghana (MUSIGA), The Ghana Christian Council, The Ghana Pentecostal Council must be concerned not only about his welfare, but also about preserving his legacy for the unborn generation.

We can’t and shouldn’t fail. 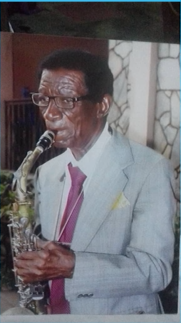 In his interview on Citi TV’s Breakfast Daily show, Elder S.K Ampiah had some words of advice for the youth as he’s been doing for a longer part of his elderly life.

“Look to God, if you look to man, you will fail. People are failing because they are not looking to God. Young men should look to God. Look at Jesus only,” Elder S.K Ampiah counselled.

What a man. What a legend. 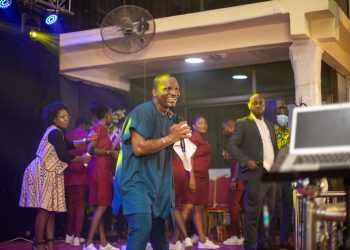 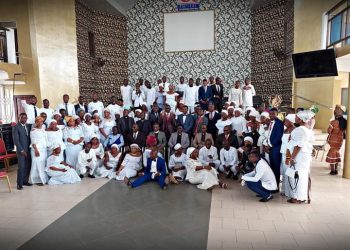 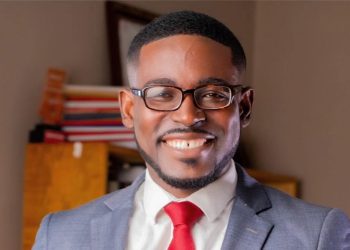 65 years of persistent uptick in road carnage: ‘Did we go or did we come’ [Opinion] 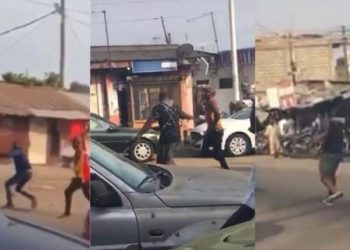 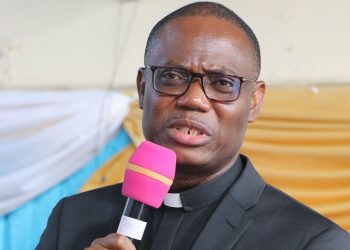 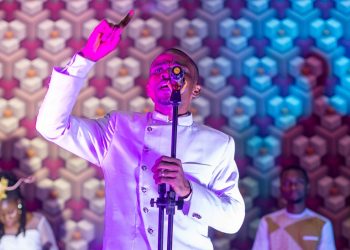