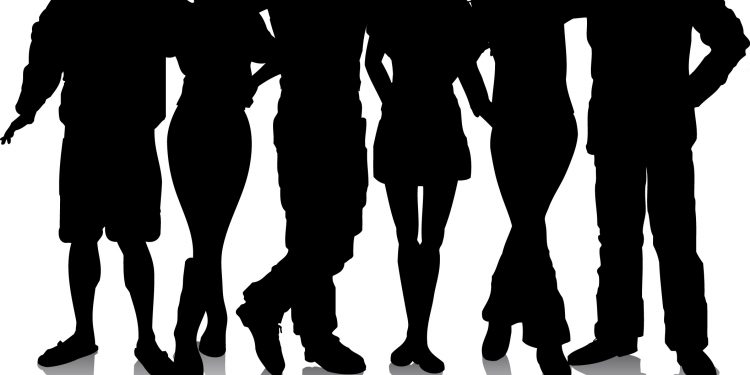 The year twenty-nineteen may have ended, carrying a lot of baggage, both positive and negative. Twenty-twenty for some people was with a lot of optimism and resolution for a better year, as plans and projections were made in anticipation of fulfilling them. With the viral COVID-19 outbreak becoming difficult to contain in some parts of the world and the impact of it on global economies highlighted, the untold hardship this brings on families and individuals should not be underestimated or overlooked.

Nobody could have predicted correctly how the first quarter of 2020 will be, however, most analysts were in high spirits and confident as expected. Economic projections mostly pointed in the positive direction as the likes of the International Monetary Fund (IMF), AfDB and World Bank predicted economic growth.  With coronavirus disease continuous havoc wrecking path, economic depression and recession could be imminent for many countries if the disease is not curbed soon.

The lives of many countries who come into contact with it regret its influence on social lives, family systems, and financial conditions as they are being battered if not temporarily, forever. The idea of isolations, social distancing and quarantine have come up strongly and becoming the order of the day in most countries, as measures that could help battle the disease frontally as experts recommend. These measures could help flatten the spreading curve. Perhaps a necessary evil and a bitter pill that needs to be swallowed to get out of the shackles of the virus, even though the consequences is not a child play.

With twenty-four cases recorded in Ghana, the fear of the disease spreading out of control is real as contact tracing numbers continue to grow. Ghana has confirmed community infection cases; this brings into focus the need to make drastic decisions to curb the disease from spreading beyond control. But in all, social lives have been altered greatly and perhaps forever. Perchance, dealing with the pandemic requires temporal drastic measures such as lockdown, long days of quarantine and social distancing as being implemented rigorously in other countries even though these may have far-reaching implications on citizens.

The president’s call to halt church activities, funeral and social engagement was a call in the right direction but that has reshaped lives. The psychologies of people whose plans have been roughly curtailed by the ban could take a while to recover from it, especially those with monetary investments. People who have been affected and have therefore gone into isolation and or quarantine may need counselling services as the loneliness in isolation could drain them.

The idea of reintegration into societies should be taken seriously else the idea of stigmatization could serve as a threatening adventure that faces people who recover from this disease. The ability of people who have been treated to mingle with family and friends after their debacle could go a long way to affect their social lives.

As the best way to break the sequence of the spread of the disease being restricting movement, with countries such as USA and Italy enforcing it consciously, the idea of families being together under the same roof day and night will little or nothing could be a boring life to be endured. It could be a real challenge for many homes who have been on a routine lifestyle of working day time and getting home at night.

Most homes for a long time have had little or on bonding with their families and as such staying at home during this time could be difficult.

But at the same time, these moments could be a prime time to bond with family and get to know their kids better as they can have time to talk and share quality time. Imagine a home where mom and dad are always busy, even on weekends, time like this should help them engage in good moments by doing little stuff such as car washing, playing games, gardening, eating and watching television together. Having a family competition on little things such as playing puzzles. While this may go for the average family, it could apply to the ordinary person and their family as well.

In times of redundancy, financial upkeep could be a dreaded path, especially where it is for a prolonged period. Daily family maintenance is not a joke and could take a toll on families as days go by. But at the same time, measures such as less spending, forgoing stuff that is not critically needed and sacrificing to stay afloat could be vital in order not to get cash trapped.

The impact of COVID-19 on social lives and finances as well as the family system could therefore not be underestimated. A lot of things need to be done to forestall the dire consequences and hardship that could visit families. These would need government interventions. Families with dire financial straits would need assistance from the government until life gets back to normal again, businesses would need incentive packages to cushion them while they go through this face of their business and people with families affected or people who have been confirmed as having contracted the disease would need critical assistance in terms of their psychological assistance and integration back into society.

Life after COVID-19 would get back to normal but it will surely take some time. Depression could be a huge problem for many families which needs to be taken into consideration as life has been impacted and the pattern of life has distorted.

Ghana, my home country needs drastic measures to curb the dreadful disease from getting into the levels of Italy and America.  With the health system we have, the economic structure we operate, the transportation method we run and with a wide informal setting we have, I can only hope for the best for my country. Ghana has confirmed a double-digit in the COVID-19, with daily update of increase in numbers, we are headed for the worse. Experts predict that Ghana could hit 32,000 in a month looking at the trajectory of the disease. But I hope we do the right things to stop the trend.

The role of citizenry remains paramount as authorities work to bring to a halt the trending disease. Adhering to rules and measures proposed therefore could be a catalyst.

You could save the lives of your family and friends by abiding by these safety rules.

The writer is a student at the Ghana Institute of Journalism.