Michael Sumaila writes: Praying against COVID-19; to obey is better than sacrifice 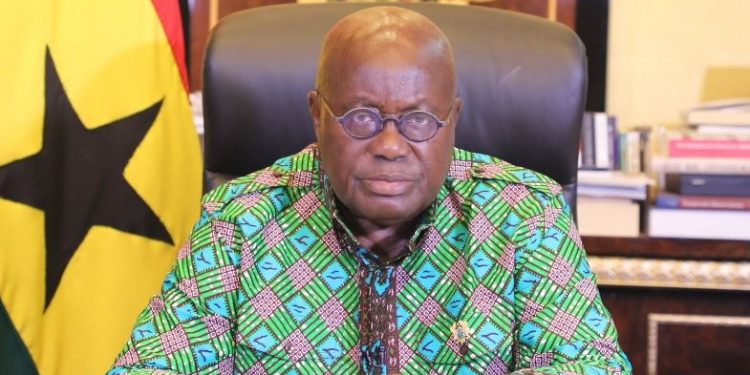 About a month ago, the Chinese hospitals were overflowing with COVID-19 patients, now they are having empty beds. Trials of experimental drugs are having difficulty enrolling enough eligible patients. And the number of new cases reported each day has plummeted the past few weeks.

About that same period, Ghanaian students living in Wuhan (the worst affected coronavirus epicentre in China) expressed concern over what they considered as neglect by government of Ghana when some countries started evacuating their nationals from the area as a result of the COVID-19 outbreak; but the government refused their return but rather shipped them food items, meanwhile, we allowed Europeans and Chinese entry to import COVID-19 into the country.

As far as I know, the moment government prevented the return of the Ghanaian students from China was when it should have begun to put in preventive measures to restrict entry in the country to prevent the spread of the virus. Now, we have missed the opportunity.

China’s bold approach to contain the rapid spread of the disease was through the use of massive lockdowns and electronic surveillance imposed by the government. The questions is: Can Ghana take lessons from China’s apparent success? Or would it work in Ghana?

Bacteria are one-celled organisms that can be found naturally throughout our bodies and in our environment. Most are harmless and do not cause infections. Bacteria in our bodies help us to digest food, protect us against other bacteria or microbes, and provide nutrients for our body. Seen under a microscope they look like rods, balls, or spirals, and they can multiply quickly under the right conditions. Less than one percent of bacteria actually make us sick. Infections caused by bacteria include strep throat, tuberculosis, and urinary tract infections (UTI).

Antibiotics are available to treat most bacterial infections; however, it is often best to let your body’s own immune system fight them if it is able to.

Viruses on the other hand, cannot live without a host, or another living creature to help them multiply. Viruses are smaller than bacteria and they attach themselves to another living cell and use that cells’ genetic material to reproduce themselves. Most viruses cause diseases. Examples of diseases caused by viruses include the common cold, herpes, shingles, measles, chickenpox and AIDS.

For that matter, the fumigation exercise administered at the various markets in the capital city will not treat a viral infection. The move was a mere routine by the local government to sanitize and cleanup market facilities for bacteria treatment. Viral infections require either vaccinations to prevent them in the first place or antiviral drugs to inhibit their development.

But for the High Court injunction against the National Identification Authority (NIA) on Monday, NIA would have continued to defy the President’s order that people should stay away from the crowd, which is normally associated with the NIA registration exercise. In spite of that, the Attorney-General still insists that despite a coronavirus outbreak, the registration exercise for the Ghana card must go on because the identity card will be crucial to vote in December. How did we get here? Does it mean that voting is more important than the health of the population?

The Pope sits at The Vatican in Rome, at the centre of Italy, yet when the Italians took COVID-19 in their normal laissez-faire manner, they have been forced into drastic lockdowns as a result of the ravaged situation in the country. The South Koreans and Chinese are profound Buddhists, nonetheless, they counted on self-discipline and obedience of rules to combat the spread of COVID-19.

In the book of 1st Samuel, God sent Saul and his army to conquer the Amalekites. God ordered Saul to destroy everything including cattle, donkeys and sheep. But his men disobeyed. They did not kill the best sheep and cattle that they captured; instead, they brought them to offer as a sacrifice to God. God told Saul that it is better to obey him than to sacrifice the best sheep to him. And because Saul rejected God’s command, he was rejected as the King of Israel.

Today, if Ghanaians will obey the public health orders to prevent the spread of COVID-19, God is telling us that that is better than the prayers and sacrifices we are offering.

COVID-19 lockdown request: All options are on the table – Oppong Nkrumah

COVID-19 lockdown request: All options are on the table – Oppong Nkrumah