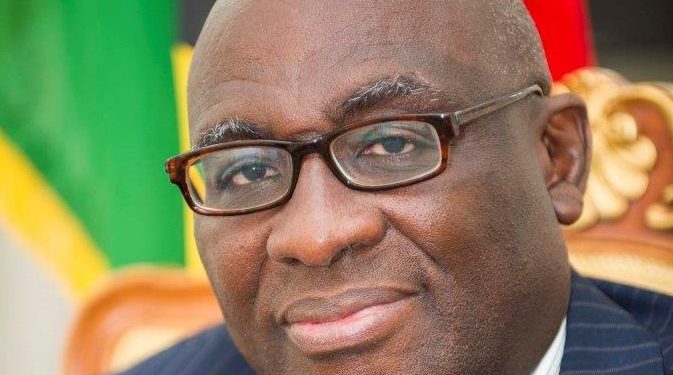 Ghana’s High Commissioner to the United Kingdom and Ireland, Papa Owusu Ankomah is in “stable condition” after contracting the novel coronavirus.

This is captured in a statement issued by the Ghana High Commission in London.

“We wish to inform you that indeed the High Commissioner has been diagnosed with the COVID-19 and to assure all of you that he is in a stable condition,” the statement noted.

“Meanwhile, we take this opportunity to entreat all to be restrained in their utterances and avoid uninformed speculation about the health status of our High Commissioner,” the Commission warned. 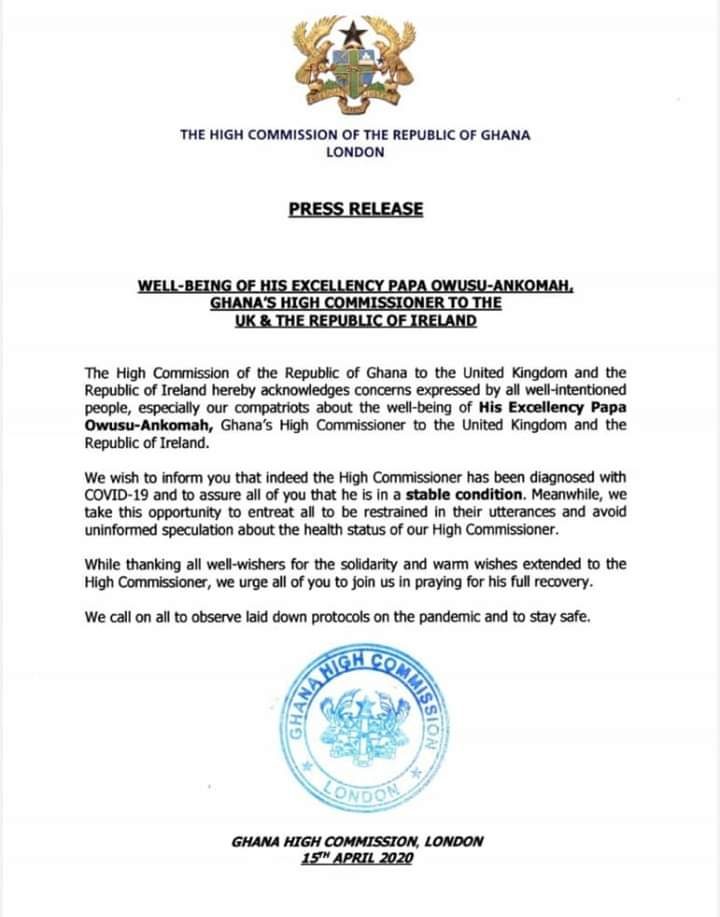 Initial reports suggested that he was admitted at the intensive care at an unknown hospital.

Papa Owusu Ankomah, 61 was appointed Ghana’s High Commissioner to the UK and Ireland in June 2017 and has served in that capacity since then.

Well wishes for the Commissioner

After it was reported that he had contracted the novel coronavirus, some diplomats took to their social media pages to send out well wishes to the High Commissioner.

The former British High Commissioner to Ghana and Director of COVID-19 operations at the UK’s Foreign Office, Jon Benjamin was one of the many who wished him a speedy and complete recovery.

Former Chairman of the New Patriotic Party, Peter Mac Manu also took to Twitter to extend his support to the former Minister of State and Attorney General.

Solomon Nortey writes: COVID-19: Where are the prophets and the healers?