Solomon Nortey writes: COVID-19: Where are the prophets and the healers? 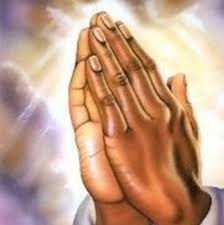 The extent to which the COVID-19 has taken the world hostage is distinctively historic. Without regard to age, race, gender, nationality, religious affiliation, political or financial status, it has indiscriminately invaded human lives at all levels. What we know as the regular way of life has been drastically and dramatically altered globally in the wake of this novel Coronavirus.

The buzzword for the world now is lockdown! And people all over the world have been forced to comply against their rights! Surprisingly, it has taken the invasion of a virus for politicians and legislators to learn that imposing restrictions that may infringe on people’s “rights” for their own good is necessary. I doubt whether it ever featured in anyone’s wildest imagination that we would ever reach a point in life where human rights could so easily be suspended.

At the moment, international commerce has been brought to a halt. Political leaders all over the world are adopting stringent measures to remedy the situation amidst obvious struggles. Some have made open confession of their cluelessness as to the death toll in their nations spike amidst the implementation of what they consider as their best interventions.

With the threat still lingering, the concealed weaknesses of nations that seem to have systems in place to deal with every challenge of life have been revealed. The self-appointed “Super Powers” of the world, apparently do not have enough resources to cater for their own people. As the whole world is compelled to focus on dealing with one deadly enemy, those who pay attention to details will be gleaning some precious life lessons from this notable experience. One thing the so-called “Super Powers” are learning in a very hard way is that investing in healthcare is far better than amassing weapons of war for destruction.

Globally everyone is anxiously waiting in anticipation of a vaccine to neutralize the effect of the COVID-19. However, locally, people are asking a legitimate question regarding a cure that must be answered: “Where are the Prophets and the Healers?”

This question stems from a misleading assurance that certain Prophets and Pastors have given to the public. Before we crossover into a new year, there are prophets who presume to foretell major events that will occur during the year. The prophecies usually have all the trappings of doom and gloom. It is therefore surprising to many that these prophets of doom did not see the coming of the novel Coronavirus. Beyond the problem regarding why the Prophets could not predict the COVID-19 invasion, their inability to consult God, whom they seem to dine with every day, to ascertain a medication for curing the coronavirus has become a cause for greater concern.

It should be mentioned that one of the controversial prophets in Africa who claims to have predicted the incidence of the coronavirus has lost the trust of a section of the public as his pronouncement that “Coronavirus, the fearful virus plaguing the world will end on 27th March 2020” has fallen to the ground.

All of a sudden the Prophets we know who claim to have privileged access to all the secrets of God are silent. The Apostles who claim that they cannot fall sick have run into hiding. The men and women we know who tell us that there is a realm they belong to where whatever they say finds expression in practical life seem to have pressed a mute button. Things are not the same again!

At the instance of the COVID-19 pandemic, we are learning that the pastors who made us believe that they have celestial immunity to sickness are liars. The ones who said they could heal any sickness at will by a declaration or laying on of their hands are confident tricksters. It has also become obvious that “Our knowledge is partial and incomplete, and even the gift of prophecy reveals only part of the whole picture!” (1Corinthians 13:9).

The Prophetic and Healing Ministries are still functional in our day and age. The misuse of the office by certain groups of people does not in any way invalidate the biblical authenticity of the Prophetic and Healing Ministries. The biggest lesson which blind followers must learn is the fact that nobody can exercise spiritual gifts exclusive of the sovereign will of God.

If our Prophets and those called to the Healing and Miracle working Ministry had exercised their spiritual gifts in humility and given all credit to God, the shame and looming invalidation of their Ministries would not have seen the light of day. In 2Kings 4:27, Prophet Elisha said it plainly to Gehazi that the Lord had hidden an act from him. God did not give any prior notice to Prophet Elisha about the impending death of the son of the woman who had provided shelter for him. This is to say that a prophet is not to be expected to see or know everything. And so the fact that a particular prophet has not seen or did not have prior knowledge of an event does not invalidate his gift or calling. Again, the application or operation of every spiritual gift is subject to the sovereign will of God. So, those with the gift of healing or working of miracles, for example, will only have records of healing or miracles where God chooses for that to take place. Nobody heals at will, except God!

Unfortunately, the lofty promises some of these ego-bloated and overrated prophets and pastors make to their gullible congregants have won them a rather disappointing admiration. People look up to them instead of God. This is why instead of seeking God’s grace and counsel, many are sarcastically calling upon these Prophets and Healers to provide the solution.

The truth is, God still speaks to us by Prophets and He still heals by the hands of human agents. But, He does all that according to His sovereign will.

However, a major question then arises, which must be answered: In what light then are we supposed to interpret Amos 3:7? “Surely the Lord God does nothing unless He reveals His secret counsel to His servants the prophets” (NASB). There are future events which have already been foretold as signs of the end time. Details regarding the particular period of their occurrence have been kept secret. The height of secrecy in God’s sovereignty is revealed in the following remarks of Jesus “But concerning that day and hour no one knows, not even the angels of heaven, nor the Son, but the Father only” (Matthew 24:26 and Mark 13:32). Notice that the secrecy in the text above is not about the impending event. It is about the period of its occurrence. The vain curiosity of the human mind seeks to know certain details that God chooses not to provide, so we know in part and prophesy in part. We there learn from Deuteronomy 29:29 that, “The secret things belong unto the Lord our God: but those things which are revealed belong unto us and to our children forever, that we many do all the words of this law.”

The COVID-19 easily falls within the bracket of pestilences which have been foretold in the Bible. There is no need for it to be revealed again to any prophet. But God can choose to make that known again if He wants to. Foreknowledge about the taking away of Prophet Elijah, for example, was known to the sons of the prophets. At the end of the day, God decides what He wants to make known and who He reveals a particular detail to. He also decides who He wants to heal and the medium by which the healing will be ministered.

A final word which must saturate all thoughts is this: While some presume to see the devil at work in the 3% rate of death caused by the COVID-19, may they also see the goodness of God in the 97% recovery rate!

The writer is Rev. Solomon Nortey of the Mt. Zion Methodist Church, Sakumono.