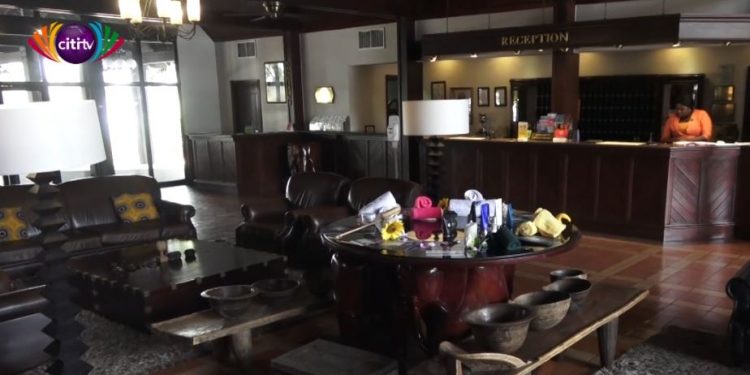 The Ghana Hotels Association is pleading with government to support the payment of staff of its members who have been asked to stay home due to low patronage of their facilities.

Hotels are among the businesses that have been hit hard by the outbreak of the COVID-19 pandemic due to a ban on mass gathering and closure of airports.

Already, almost all the hotels in the Greater Accra region have closed down sending thousands of workers home.

Speaking to Citi News, the President of the Ghana Hotels Association, Dr. Edward Ackah-Nyamike said hotel managers may be compelled to lay off workers and stop paying salaries during the lockdown if the government does not step in.

“The stimulus package we are talking about is more or less about how to maintain our staff. A lot of the hotels have been able to pay salaries for the month of March but the challenge is going to be one of April. Quite a number of them have shut down and the big question is what happened to the staff. So we are hoping that, if possible the government could support paying some of the staff members and keep them on the payroll so that when things get better. We don’t want to lay off workers after all the investment in training and then when things change we have to go and recruit again which will be far more expensive. We are not asking for full salary support but something that can sustain them.”

COVID 19 and impact on hotels

As the economic impact of the COVID-19 pandemic continues to widen globally and in Ghana, Citi Business News learnt that some major hotels in Accra have shut down their operations due to low patronage.

Prior to this, some laid-off casual workers, and were preparing to cut down on permanent staff.

Some top hotel managers who did not speak on record told Citi Business News that it was no longer prudent to continue operations when the numbers have dropped drastically; while they still pay bills and taxes.

Citi Business News can confirm that Accra City Hotel is among those to have shutdown, alongside some five-star hotels.

Meanwhile, Economist, Dr. Lord Mensah, is urging the government to direct its incentives aimed at mitigating the impact of the COVID-19 on businesses to critical sectors of the economy such as agro-processing.

He cautioned that even though players in the hospitality and tourism industry are asking for support, injecting funds into those areas may not yield immediate results.

But Dr. Mensah argued that even though he is not against the hospitality industry, there is the need to quickly revive areas that have seen the biggest shocks in order for the ripple effect to be felt in other areas, the government must critically assess which businesses to support.