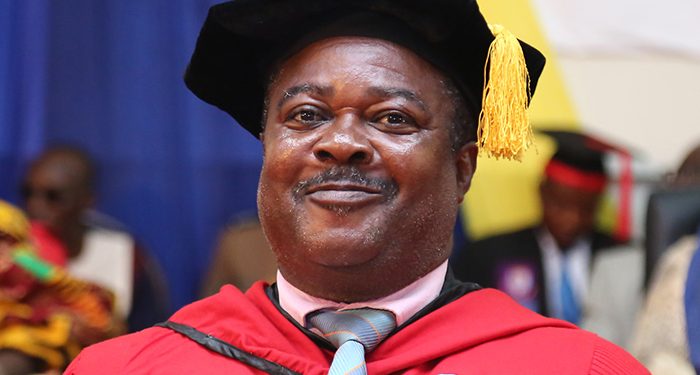 The Vice-Chancellor of the Koforidua Technical University, Professor David Kofi Essumang, has backed calls for a complete or partial lockdown of the Eastern Region to stop the spread of the coronavirus pandemic in that Region.

There has been a growing debate on whether the Eastern Region should be partially locked down or not since the region recorded its first case of the Coronavirus disease.

The Eastern Regional Minister, Eric Kwakye Darfour, in a Citi News interview indicated that the Regional Security Council was yet to take a decision on a possible lockdown of the region.

The Eastern Region currently has 41 confirmed cases of coronavirus.

Speaking on the sidelines of a fumigation exercise organized by Citi TV and Zoomlion at the Koforidua Technical University, the Vice-Chancellor of the University said an immediate partial lockdown of areas in the Eastern Region will be in the best interest of all residents in the region to prevent a community spread of the virus.

“I will say that the numbers that are coming up are quite frightening. We started with one and all of a sudden we have gone beyond 20 so it is actually becoming a thing of concern. I will not be too worried if we have a partial lockdown so that we reduce the spread of the disease within the region. We are close to Accra and if we are not very careful whatever is happening in Accra could happen in Eastern Region here. So I will suggest that if it is possible we should target areas that we are having much of the problem and put in some level of partial lockdown so that we don’t spread the disease further and be able to contain it.”

According to reports by the Ghana Health Service, of the 41 confirmed cases in the Eastern Region, 40 are in isolation at the AFCON Company, a construction company with ties to an Indian business conglomerate where the first case of the virus was confirmed in that region while one was discovered in Kpong in the Lower Manya Krobo District through contact tracing.

The Ghana Coalition of NGO’s in Health is advocating for a partial lockdown of major towns in the Eastern Region now to prevent and curtail the spread of the novel coronavirus pandemic in the region.

Addressing the press in Koforidua, the Eastern Regional Chairman of Ghana Coalition of NGO’s in Health, Emmanuel Kwafo Mintah said it has become necessary to partially lock down major towns close to where cases have been recorded to prevent community spread of the virus.

“We advocate for the partial lockdown of major towns in the Eastern Region, provision of adequate PPE to all hospitals and clinics in the region and training conducted for the health workers, education and sensitization should be intensified in the communities and we entreat the region to immediately equip an isolation centre for the region so that we prevent the spread of the pandemic.”