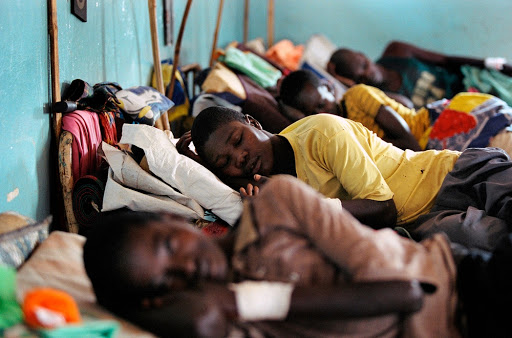 As Accra is the epicentre of the novel coronavirus with the highest cases recorded, other parts of the country are expected to be much safer from the spread of the novel coronavirus. Unfortunately for Ghanaians in the northern part of Ghana, they are battling Cerebrospinal meningitis (CSM), a recurring disease that happens annually in the northern part of the country.

According to the World Health Organization (WHO), Cerebrospinal meningitis (CSM), is an infection of the meninges, the thin lining that surrounds the brain and the spinal cord. The bacteria are transmitted from person to person through droplets of respiratory or throat secretions, close and prolonged contact, e.g. kissing, sneezing and coughing on someone, living in close quarters or dormitories (military recruits, students), sharing eating or drinking utensils etc. facilitate the spread of the disease. The average incubation period is four days, ranging between two and 10 days. N. meningitides only infects humans; there is no animal reservoir.

Some of the symptoms of the virus disclosed by the WHO include sudden high fever, stiff neck, severe headache that seems different than normal Headache with nausea or vomiting, confusion or difficulty concentrating, seizures, sleepiness or difficulty waking sensitivity to light, no appetite or thirst and Skin rash (sometimes, such as in meningococcal meningitis).

The WHO further reveals that the bacteria are environmentally sensitive. According to them, the bacteria very commonly occur in sub-Saharan Africa known as the meningitis belt. The bacteria is hyperendemic in the northern areas of the sub-Saharan Africa where the people get infected during the dry season (December to June), because of dust winds and upper respiratory tract infections due to cold nights.

This explains why the bacteria are exclusive to the Northern part of Ghana and is also annual as the result of climate change.

On April 24th 2020, a report by citinewsroom indicated that seven (7) people out of twenty- one (21) positive cases of meningitis in the Upper East Region have died as a result of the disease.

Mayoclinic.org described this strain of the bacteria as another leading cause of bacterial meningitis that commonly causes an upper respiratory infection but can cause meningococcal meningitis when they enter the bloodstream. This is a highly contagious infection that affects mainly teenagers and young adults. From the figures from the report, this means 33% of the numbers of people infected with the disease in the Upper East Region have died from the disease while only 16% of the people infected in the Upper West Region have succumbed to the virus. This shows that, although the Upper West has more recorded cases, the percentage of death is more significant in the Upper East Region with the least recorded cases as compared to the Upper West Region with the highest cases.

Considering the total number of cases recorded in the Northern part of the country shows that, the death rate falls of the disease in the entire Region is 12%. The percentage of death in the entire country as a result of the virus is at 0.7% at the moment where the country has recorded some 1550 cases. A comparison between the percentage of death between the COVID 19 pandemic in the country and that of Cerebrospinal meningitis (CSM), clearly indicates that the latter is killing more people in the northern part of Ghana as compared to how the former (COVID 19) is killing people in the whole of Ghana.

Although the disease is hyperendemic, it is just as contagious as COVID 19 and causing harm to a section of the Ghanaian populace. Arguably, more attention has been given the fight against COVID-19 to the neglect and detriment of those battling these bacteria wreaking havoc on the people in the North. This is evident in the report by citinewsroom where the Ghana Health Service (GHS) has attributed the challenges with tackling the bacterium to lack of financial resources.

It is worrying that a bacterium that is killing has more people than the global pandemic in Ghana isn’t been tackled effectively because of financial resources. This bacterium is not one that cannot be treated as indicated by mayoclinic.org. According to them, this strain of the bacteria that is contagious can be prevented through vaccination. Unlike the COVID 19 virus that took the world by shock, CSM has been in existence since 1959 in the northern parts of the country till today.

It is an annual endemic that occurs within the dry period. This means adequate preparation can be made to help mitigate the spread of the bacterium within such period. Waiting for the bacterium to affect people especially when we know its timelines and how deadly it is will only mean we are playing with the lives of our people. It is very necessary that government starts paying much attention to the fight against this endemic by making resources available to help fight it now and also make efforts to be more proactive in the fight against the endemic by setting fund banks among other purposely to help fight this annual outbreak.

The bacterium will continuously lurk around especially when climate change is constant. It is therefore imperative we start preparing for them before they arrive.