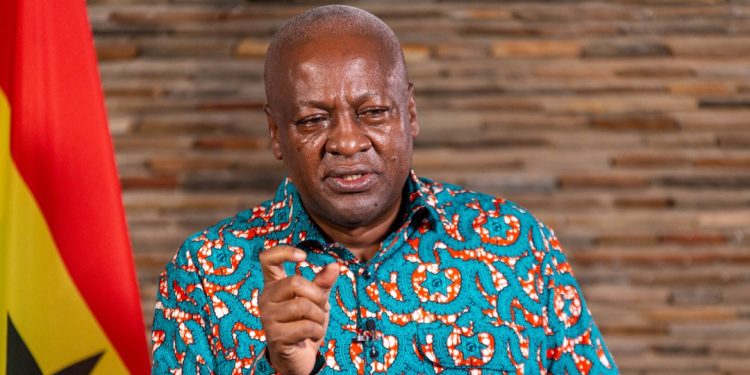 Former president John Mahama has called on the Social Security and National Insurance Trust (SSNIT) to consider paying some monies to contributors to ease the COVID-19-induced hardships they may be facing.

According to the former president, this is important to mitigate the effects of the outbreak on the social and economic lives of contributors.

Speaking during his maiden digital conversation, John Mahama said SSNIT contributions are not only meant for pensioners but also works as a form of insurance to cushion members from difficult times such as COVID-19.

“Social security contributions are essentially an insurance scheme made not just for pensions in old age before we die. They are also made to help contributors in times of adversities such as this. Not all will come out and queue for food, but as has been done in other countries like St. Lucia, I think a token payment to all contributors of a certain token sum over three months would have afforded many the assurance of feeding their families during this abnormal times,” he said.

The former President further urged President Nana Akufo-Addo to cut down on what he described as frivolous expenditure to generate more revenue due to the pressure on the economy.

Mahama said such an action would demonstrate good leadership and sacrifice by the government amid pressure on the country’s economy due to the COVID-19 outbreak.
ShareTweetSendSend
Previous Post