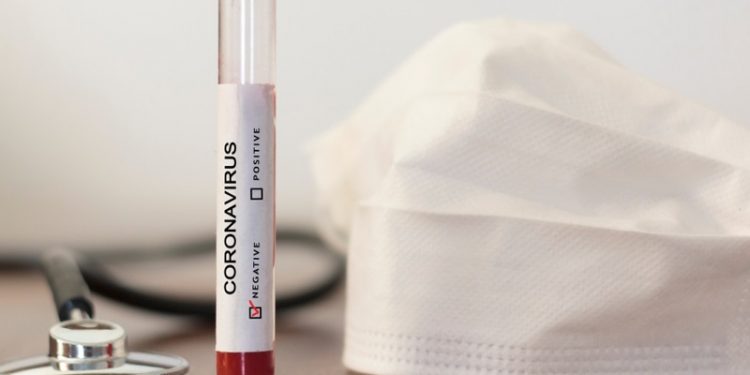 A specialist doctor at the Greater Accra Regional Hospital, also known as the Ridge Hospital has tested positive for COVID-19.

The affected doctor returned to Ghana from South Africa where he attended a medical conference. This makes the case an imported one.

He is now under self-quarantine as a result.

A release from the Ridge Hospital mentioned that the confirmation of the virus came after the doctor underwent a 14-day self-mandatory quarantine prior to the partial lockdown in Accra and Kumasi.

The doctor is also said to be “doing well”.

“A Specialist doctor with the Greater Accra Regional Hospital, Ridge is under self-quarantine after returning into the country from South Africa prior to the partial lockdown. The doctor who left Ghana to attend a medical conference has tested positive for COVID19. This came to the fore after he had undergone the two weeks of mandatory self-quarantine. The COVID-19 team has since been taking care of him at the self-quarantine centre and he is currently doing well,” hospital authorities said.

“Management wants to state categorically that the case was not locally transmitted but rather imported from the South,” they added.

Meanwhile, management of the hospital says no other frontline staff has currently tested positive as safety measures have been put in place to ensure that no staff member is affected. 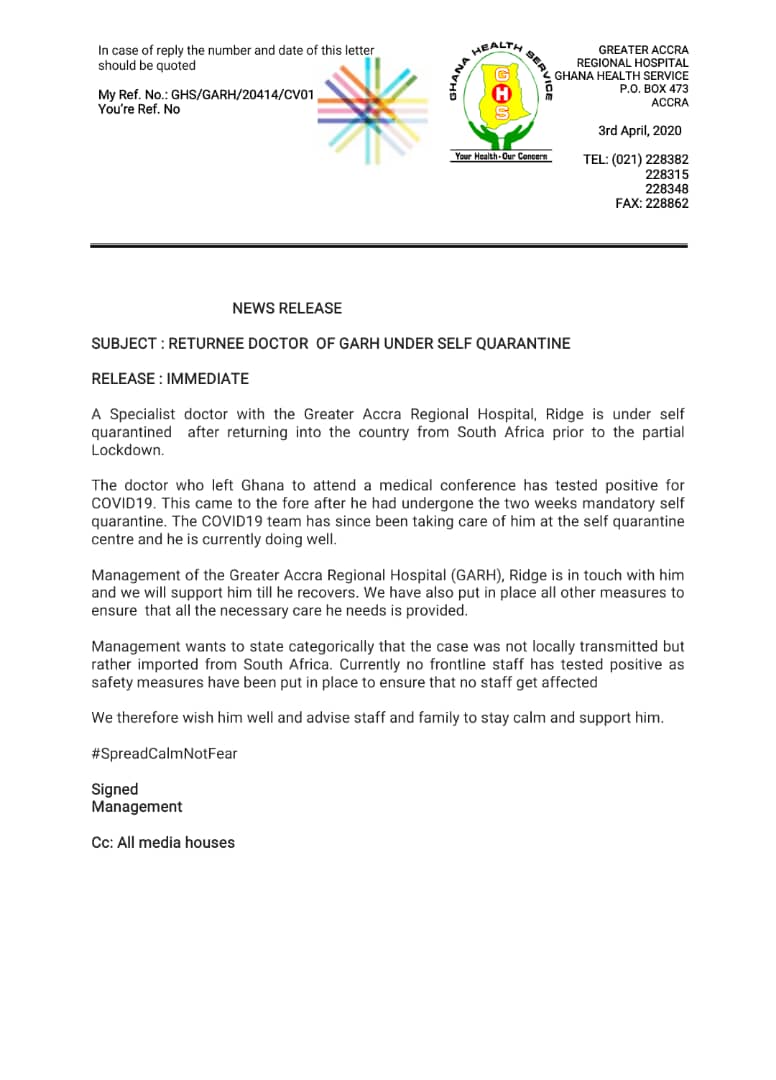 Globally, frontline health workers are listed among the groups of people at a higher risk of contracting COVID-19 due to their frequent exposure to patients with the disease.

Last Monday, a doctor who works at the Ledzokuku Municipal Hospital (LEKMA Hospital) at Teshie in the Greater Accra Region also tested positive for COVID-19.

Citi News’ sources said the doctor may have picked up the virus while working with a private facility in assisting the Ghana Aviation Company Limited (GACL) to screen persons arriving in the country and some persons in quarantine.

Reports indicate that due to the knowledge of the fact that such practitioners risk contracting the disease, a decision was taken that all those involved in the screening be screened themselves.

Following that exercise, the doctor’s screening result came out COVID-19 positive although he is asymptomatic.

On  Friday, April, 3, 2020, the country’s total case count for Coronavirus increased to 205 including five deaths and three recoveries.

This was after the Upper East region confirmed its first case.

The Upper East region becomes the sixth region to be affected by the outbreak in Ghana.

According to the Ghana Health Service, two patients are still in critical condition.

Prior to the new cases in the Upper East region, five regions have so far recorded confirmed cases of COVID-19.

With the latest update, Greater Accra still leads as the region with the most number of confirmed cases, followed by the Northern Region before Ashanti, Upper West, Upper East and Eastern Region.