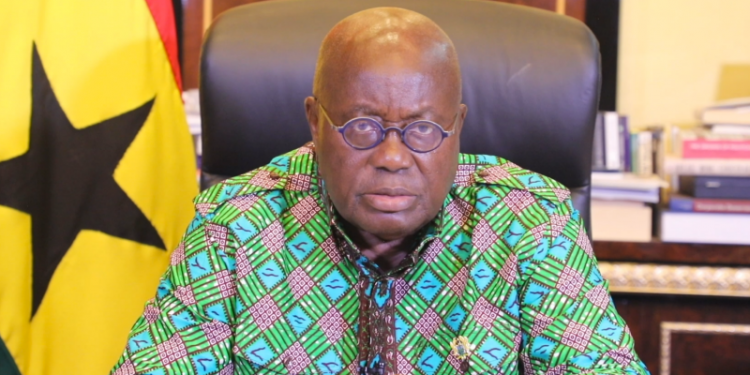 President Nana Akufo-Addo says the government will make a determination on whether or not to extend the lockdown imposed on some parts of the country later this week.

He said the decision will be based on the results of the over 19,000 tests being conducted on samples taken from contacts of COVID-19 patients.

The President, in a national broadcast on Sunday [April 5, 2020], said the decision of the government on the matter will be driven by science and available data.

Akufo-Addo noted that so far, 15,385 out of 19,276 contact persons had been reached through the enhanced contact tracing and their samples have been taken for the test.

“We are, thus about to enter a critical phase of our fight in the coming week, as the Ghana Health Service is due to receive the results of some 15,385 out of 19,276 persons who have been reached through contact tracing. It is the results of these tests that will determine our future course of action. Government’s policy and measures will be driven by the science in this matter,” he noted.

He said the government has since partnered with the Ghana Academy of Arts and Science as well as the Center for Scientific and Industrial Research to boost its fight against COVID-19.

Ghana, as at noon on Sunday, April 5, 2020, had recorded 214 COVID-19 cases including five deaths and three recoveries.

The decision was among other reasons to also help the government enhance its contact tracing and testing efforts.

The process has been deemed quite successful with over 19,000 contacts traced so far.

The government has announced the possibility of a spike in Ghana’s case count when results of those whose samples are being tested get released.

Already, more than 18 new cases have been confirmed in the country since the partial lockdown was announced.

The development has evoked conversations about whether the government has to extend the lockdown period and or extend it to other regions of the country where confirmed cases have been found.

Meanwhile, President Akufo-Addo has extended by an additional two weeks, the closure of Ghana’s sea, land and air borders to rule out any possibility of imported COVID-19 cases.