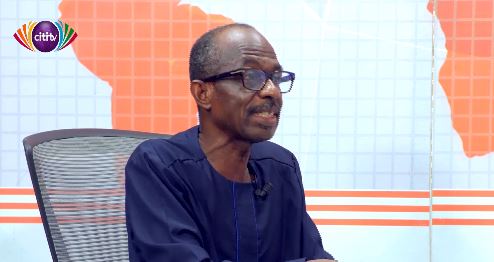 General Secretary of the National Democratic Congress (NDC), Johnson Asiedu Nketia has expressed worry over what he believes is the Electoral Commission’s (EC) condescending posturing over the compilation of the new voters’ register.

His condemnation is amidst the longstanding tussle between the two sides on the matter.

On Wednesday’s edition of The Point of View on Citi TV, Mr. Nketia said the role of even the Inter-Party Advisory Committee (IPAC) is no longer useful to the country’s electoral processes because of its disregard by the Commission.

“First of all, it is our belief that IPAC has lost its significance. IPAC was established with the belief in Ghana that electoral rules are best established through consensus. So from 1994 to 2016, all the reforms that we have undertaken as a country had their origin from IPAC deliberations. Whenever we are making any law that governs election, it lies actually among the stakeholders at IPAC.”

He added that the behaviours and decisions by the leadership of the electoral body are red flags the country must be concerned about ahead of the 2020 general elections.

“We have gone through several changes; we have a roadmap for electoral reforms that we have stuck with from 2014 to 2016. The Commission gets reshuffled and everything that was reached by consensus at IPAC has been thrown to the dogs and the new commission comes and then they are doing whatever they are doing. Anytime anybody wants input into decision making, they just refer under the powers and constitution that they are independent so they won’t listen to anybody.”

Last Wednesday, the EC held a two-session IPAC meeting on the controversial issue of the compilation of a new voters’ register and a decision was taken that the exercise will commence next month, June 2020.

NDC boycotted the meeting over claims that it had not been properly arranged.

“Since IPAC is a contrivance for consensus building and the EC has demonstrated that they don’t need consensus, they make their decisions according to the powers vested in them, if we are going to sit there for the commission to tell us what they have planned to do, then we don’t have any way of influencing it,” Aseidu Nketia justified their boycott.

But the EC insisted that the desired aim of the meeting was achieved despite the absence of the largest opposition party in the country–the National Democratic Congress.

Director of Electoral Services at the Commission, Dr. Serebour Quaicoe insisted that the Commission is unfazed since its decision to fix a date for the registration exercise was unanimously agreed by all the participating parties.

“As far as we are concerned, we had a successful meeting. We invited everybody and so those who came, we made use of them. We had a successful meeting because it is not possible to have everybody anytime there is an IPAC meeting. It [date for registration excerice] was part of our program and so we discussed it with them and no one objected to it,” Dr. Quaicoe noted.

He said the NDC will do all it can to prevent the EC from leading political parties and Ghanaians into a “dangerous and confusing situation”.

“That decision [by the EC] goes against the Constitution that actually established the Electoral Commission and so we are going to contest that one. This is the beginning. It is not the end at all so don’t let anybody be confused that when EC comes out to announce anything, even if it is unconstitutional, that settles the disagreement. The disagreement is just about to begin,” he said.