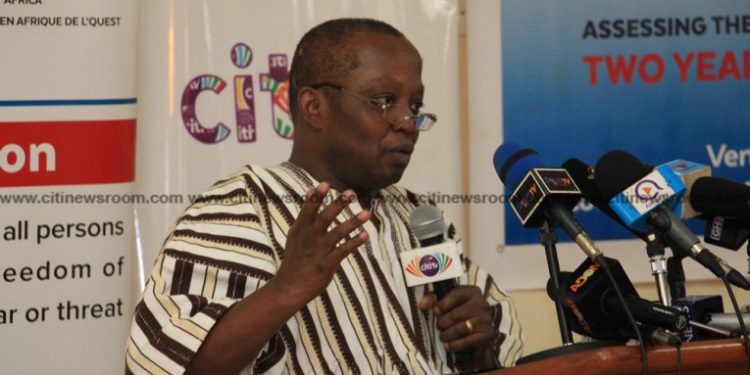 The Auditor-General, Daniel Domelevo, has rejected a request by the Chief of Staff for an audit verification to be conducted in order for the payment of salary arrears to be made to over 200 former and current Members of Parliament.

Frema Osei Opare’s request was based on a letter from a group known as Forum for Former Members of Parliament.

The former MPs, some of whom left Parliament over 10 years ago, are requesting the payment of arrears of salaries and emoluments amounting to over GH¢29.7 million.

But in a response sighted by Citi News, the Auditor-General described the request of the former MPs as invalid and amounting to a conflict of interest because most of the beneficiaries would be members of the current government, including the President and the Chief of Staff.

“Apart from the fact that the claim from the FFMP is invalid because the CHC report for 2005 to 2009 was rejected, it may also amount to an abuse of power or conflict of interest to make additional payment (20% salary increase per annum for four years) to former Members of Parliament (covering a period of 10 to 14 years ago) especially when some of them are now the executive,” Mr. Domelevo indicated in his letter.

The Auditor-General further contended that because some of the MPs on the list for salary arrears are under investigation for receiving double salaries, it will not be right to pay any further monies to them.

“It is also a public knowledge that some MPs were or are undergoing police investigations for receiving double salaries which implies overpayment but several of the names are included in the list for additional payment submitted by FFMPs per Office of the President letter dated 22nd April 2020,” he said.

He added that “It is my considered opinion that the Former MPs are not entitled to what they are asking for, but it also came to me as a big surprise that our honourable former MPs are making such a request at time of a pandemic which has taken the entire world by surprise.”

Read his letter below: 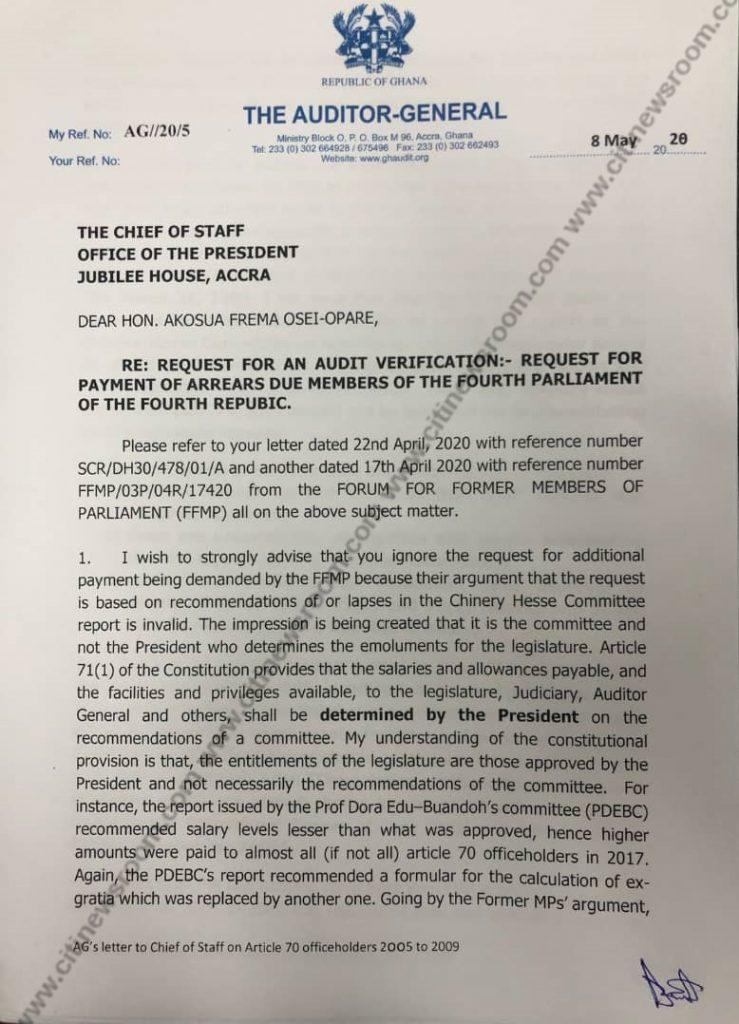 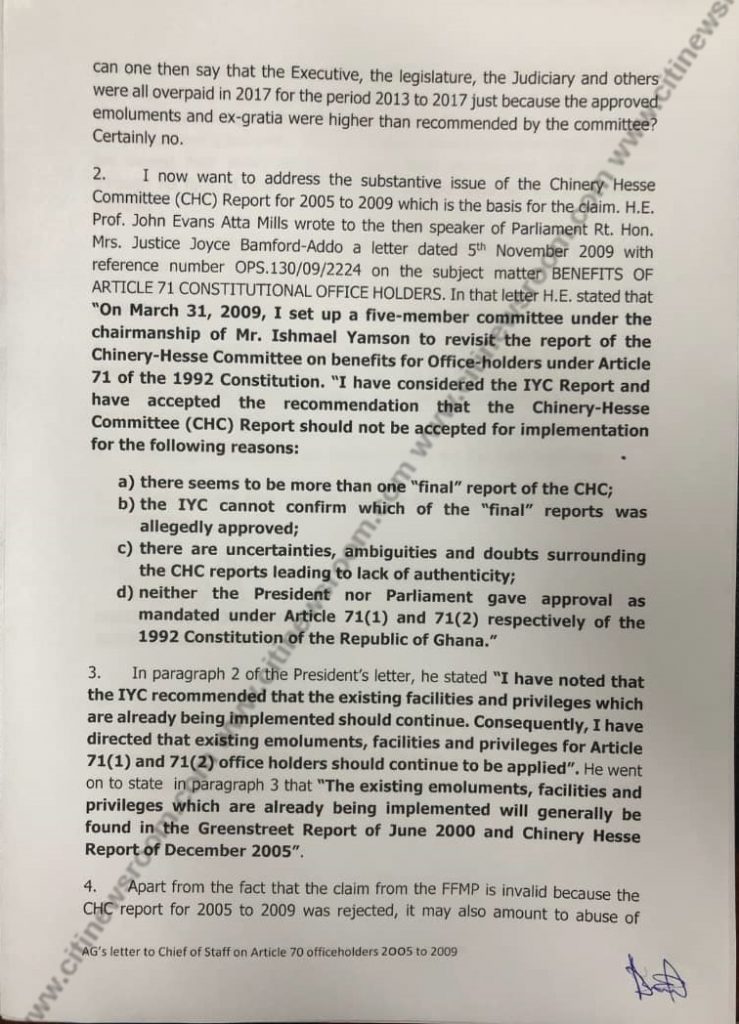 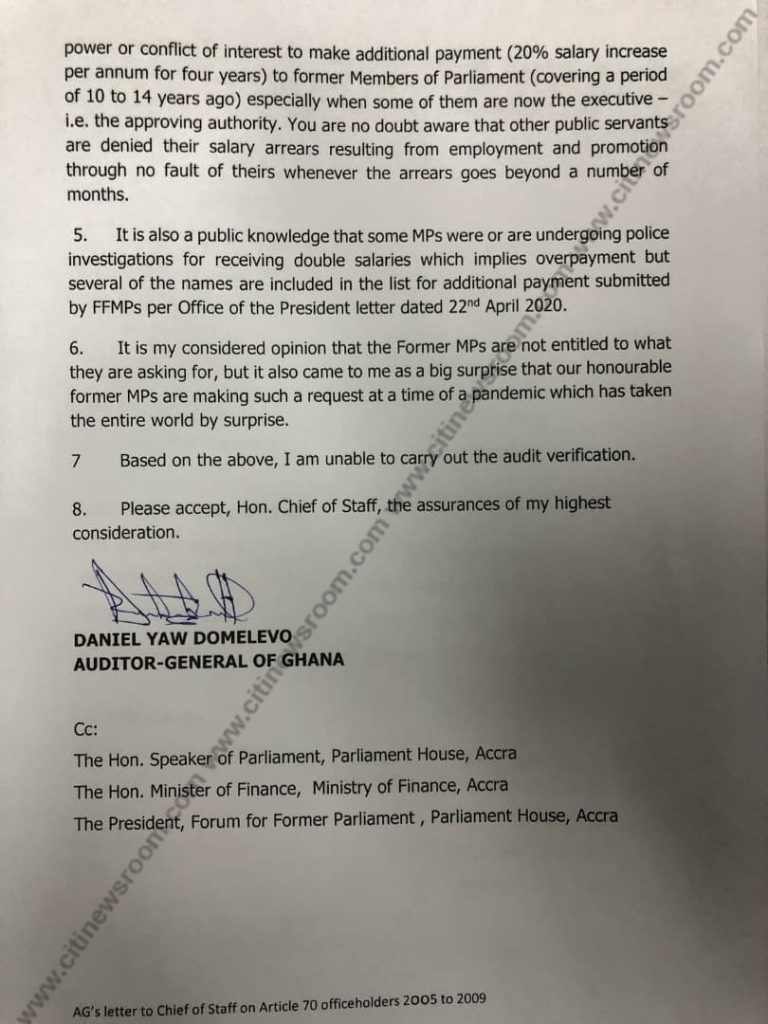 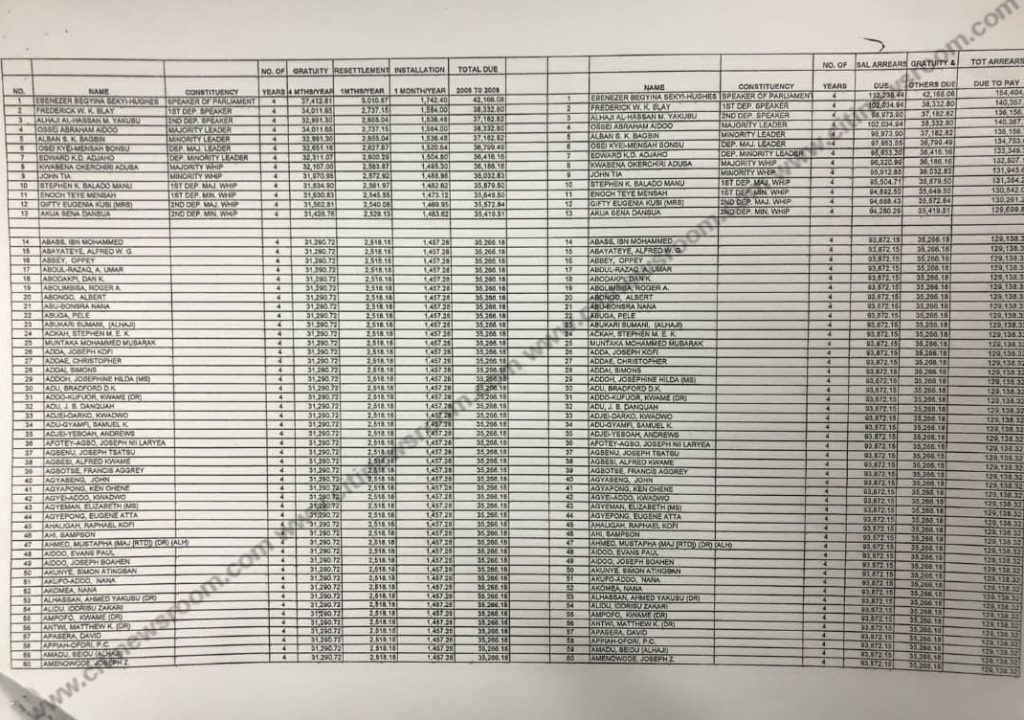 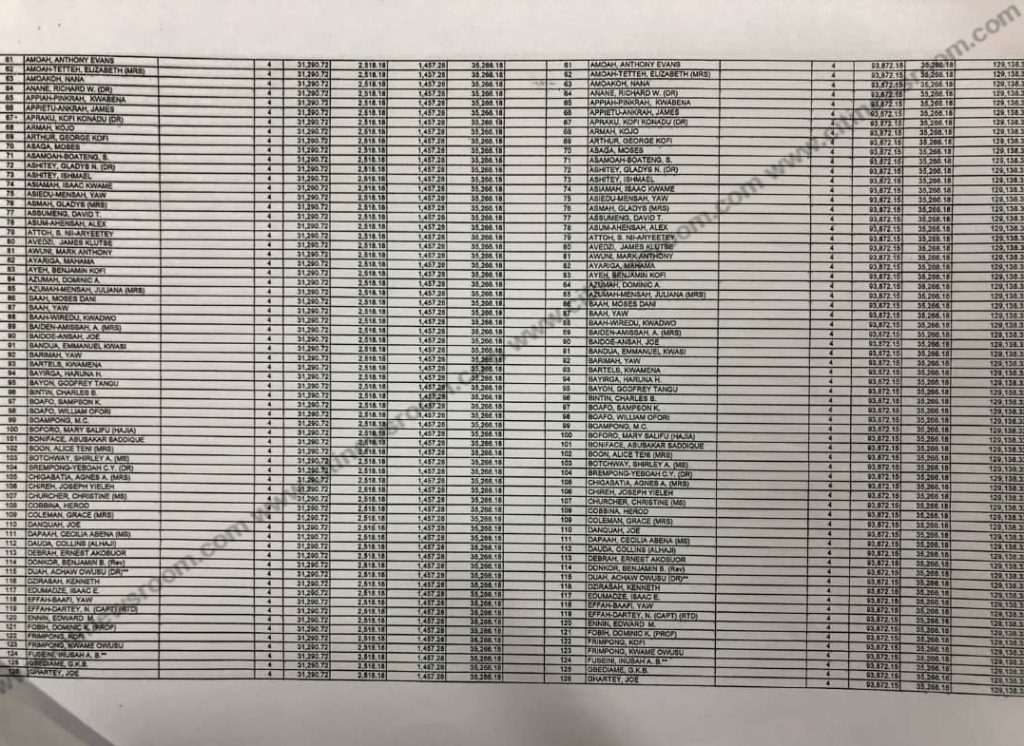 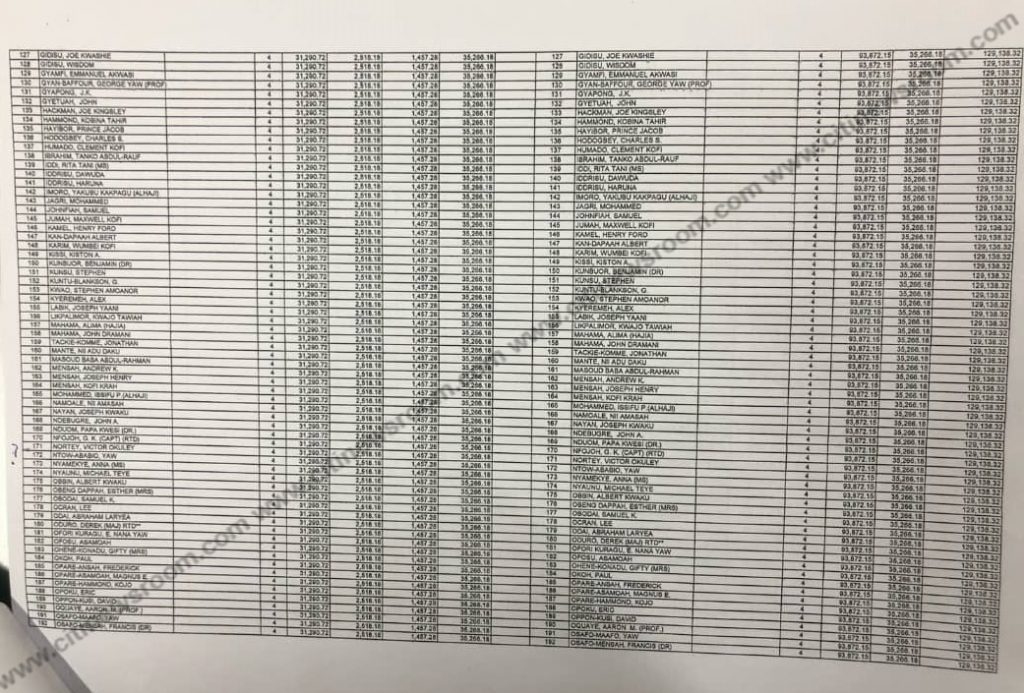 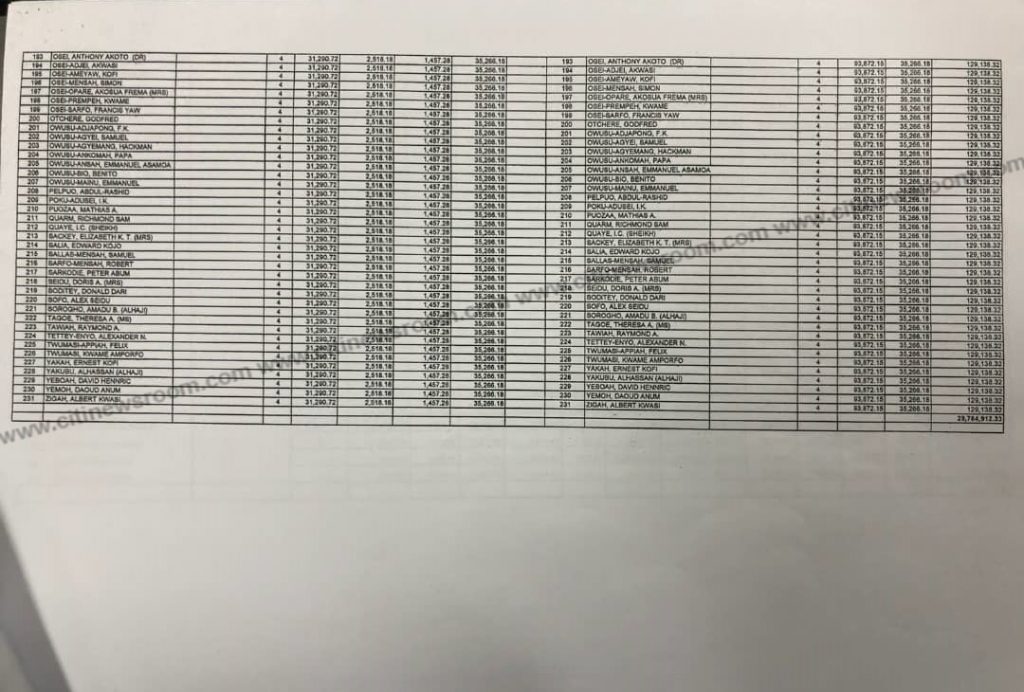